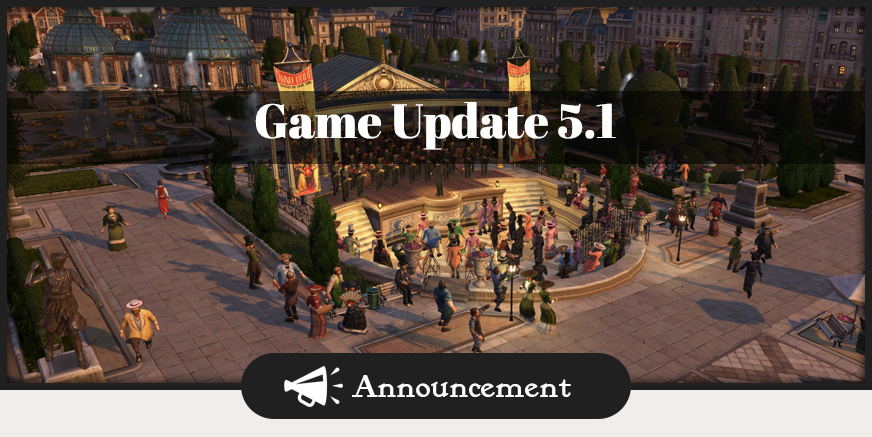 After we received reports about bugs that appeared after the last Game Update, we plan to apply another Game Update to Anno 1800 tomorrow, September 13th at 3pm CEST. Here is what it will entail:

Fixed a stability issue where the title could crash while converting scrap at Old Nate’s Island Harbour.

Fixed a situation where the Twitch Drops would not be in game anymore after the Botanica-Update.

Fixed a situation where players were unable to manually load/unload at the pier.

Fixed an issue where items or materials would get lost when diving with a full Salvager ship.

Fixed a visualization issue where the tool tip for railway construction would not update properly upon placement.

Fixed an unintended spawning issue where quest givers could show up on sea areas.

Fixed an issue where trading items would no longer have differences between buying and selling costs.

Fixed an issue where a user would be unable to delete multiple pavement tiles at the same time.