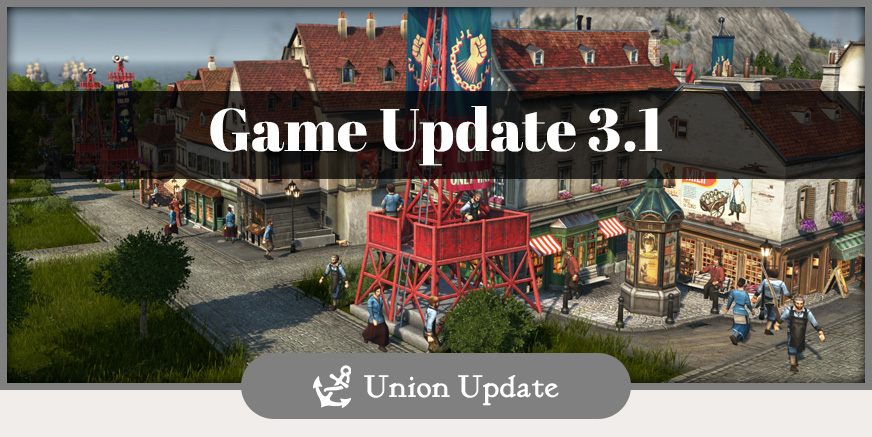 Release Notes for Game update 3.1
After we received reports that some of the issue in Game Update 3 are not resolved and an instance leading older savegames to crash, we plan to apply an hotfix to Anno 1800 tomorrow June 7. at 2pm CEST.