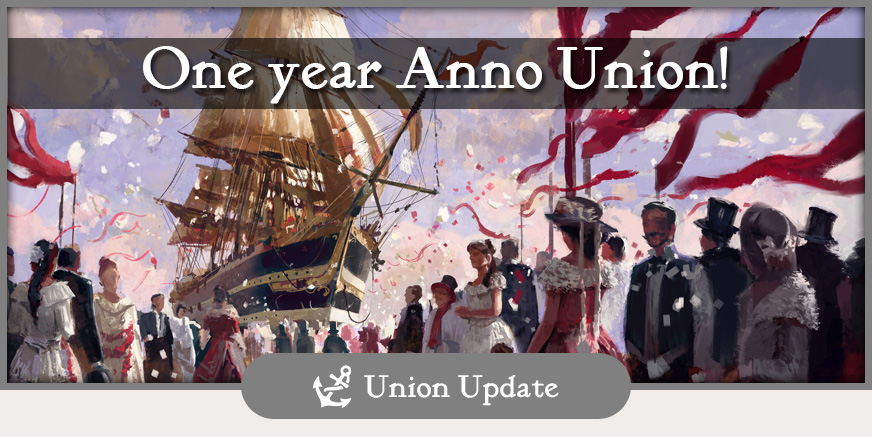 It was a hot late summer when we announced the Anno Union at gamescom 2017 in Cologne.  Since then, a project born out of passion from our team slowly developed into the community program we know today. The last 12 month has been an exciting ride, we published over 100 blogs, including over 70k words and hundreds of screenshots of a game which was over a year away from release when we started. With over 10k comments full of valuable feedback, hundreds of amazingly creatively entries and striving fan projects we think it was worth the effort, and the Anno Union is here to stay.

We want to say thank all of you for your passion in sharing countless thoughts, ideas and. Your voice had and will continue to have an impact on many features of the game. The combination of feedback comments, discussions, votes and focus tests has proven incredibly helpful for the development of Anno 1800.

With the release of the game in February 26th 2019, there are still many topics on our checklist and we will not only continue to bring you devblogs, votes and live streams; we will further invite more and more Annoholics to our focus test groups in the weeks and months ahead. 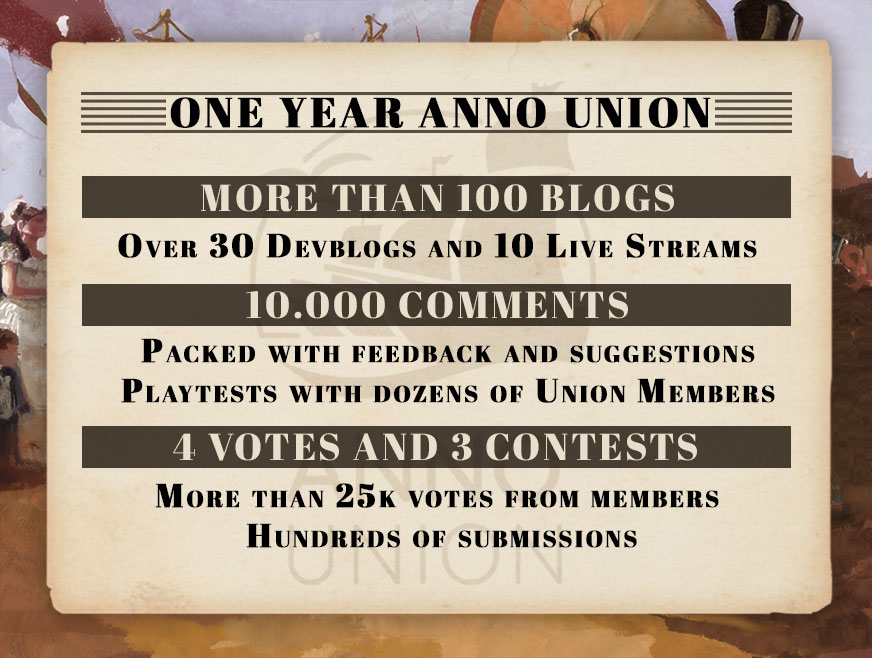 The one-year anniversary of the Union was also the perfect moment for us to launch the new version of our Anno Union website, including many improvements in visuals and usability.
Expect new content on the website to show up in the near future, as we will provide you with fan assets such as wallpapers and will also give fans and fan creations a proper spotlight. But more about that in Union Updates to come!

What is your verdict for Anno Union year one? We put a lot of work and love into the project, which will accompany Anno 1800 up to the launch and beyond.