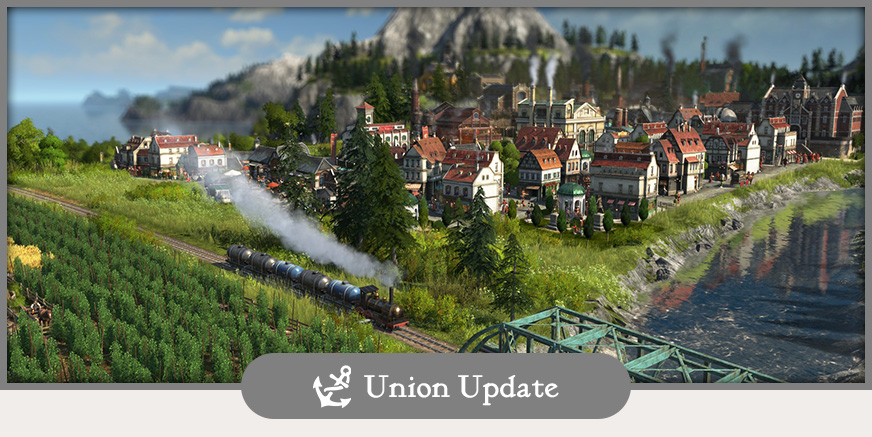 Union Update: Battle of the Ages

The Battle of the Ages

Annoholics living in North America will have the chance to participate in one of the most epic battles of the ages for schnapps and wool.

Eight YouTubers will join the battle to compete against each other and to build the most impressive city Anno has ever seen. But they won’t do this on their own – you might be the partner in crime!

Each of the YouTubers will pick one Annoholic to join the fight! For a chance to join one of the YouTube teams, you must do the following:

Deadline: All photos must be submitted before Saturday, July 13.

For more informations, please visit anno1800.gg. May your city be with you!

A lovestory to remember

There is a new newspaper journalist in town. Annoholic 紫水晶提督＠甲丙乙乙丙 (If google translate doesn’t lie to us, his name means “Amethyst Admiral”) was in the right place at the perfect time and managed to take pictures of this lovely couple. Maybe they are famous, hiding from the crowd? Maybe they are Romeo and Juliet who have lost their way and stranded at the beach? Who knows! You can find the whole series of screenshot in the original tweet right there.

Anno isn’t that unromantic after all!

The release of Game Update 4 is near!

Many of you awaiting eagerly the details on the first big DLC „Sunken Treasures“ as well as more information about the changes to come with the free Game Update 4.
With the recent release of Game Update 3.2, you won’t have to wait long as we will start as early as next week to tell you more about the upcoming content.

For the weeks to come, you can expect a new DevBlog: Sunken Treasures, another episode of our AnnoCast developer live-stream as well as update information about Game Update 4, and that all in July!