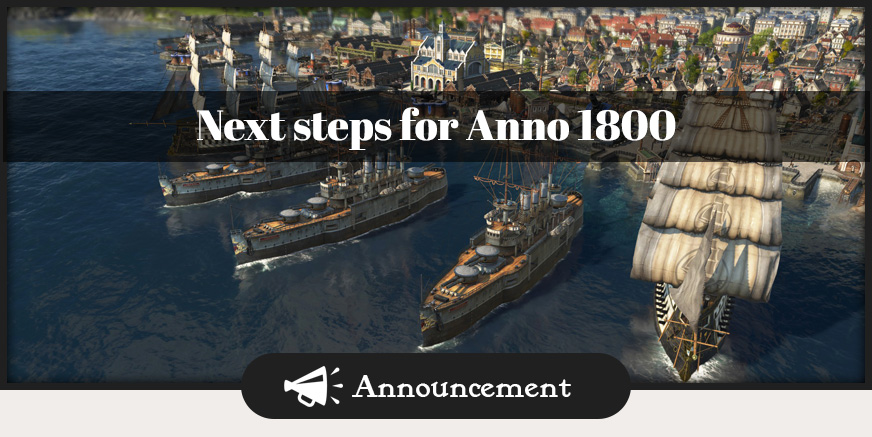 Today we want to give you an update on what is next for Anno 1800. We have received a lot of community feedback on Game Update 5, including some issues. The Anno community is at the heart of everything we do, so we are of course committed to improving the quality of all upcoming updates. As such, we have made some changes to our roadmap, which you can find detailed below.

We are currently working on Game Update 5.3, which we are planning to release in mid-October after extensive additional testing. For this update, we will be focusing on fixing the following issues:

Game Update 6, including the previously announced co-op mode and statistics system, will be released alongside our third DLC, The Passage, in December. Combining all these content drops into one update will allow us to focus all of our polishing efforts into one release, giving us extra time for additional extensive testing of all the new content and new features. We are also planning to involve some of our Anno Union members in these tests, similar to the co-op technical test we conducted last week (more on that later this month).

We appreciate that some of you are very keen to get your hands on the co-op mode as soon as possible, but we hope that you will agree that getting the most polished experience possible is worth a few more weeks of patience.

We are as committed and focused on improving Anno 1800 as ever, and are looking forward to sharing more news on everything included in Game Update 6 – including the new arctic session, resident tiers, production chains and airships from The Passage, as well as the free co-op mode and new statistics features – in the weeks to come. Thank you all for your patience and ongoing support.