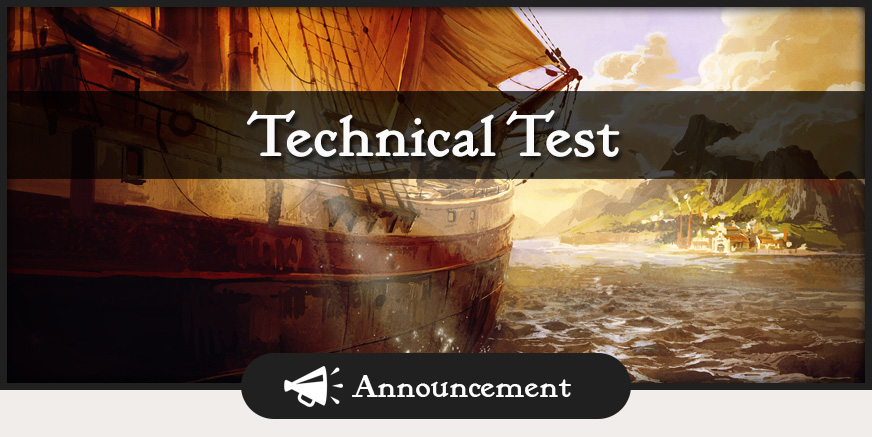 Brace for the Anno 1800 Technical Test

As previously alluded to, we are currently preparing a much larger Technical Test than our previous Diary Studies. And if you are be one of the chosen many, you won’t have to wait much longer, as this test will take place end of November!

A few things to keep in mind:
–          It’s a Technical Test: You should expect that some things in the game will (and sometimes even should!) break. This test is intended to give us valuable insights into topics like balance and game performance. It won’t be representative of the final polished game you will be able to enjoy next year (and which will be even better thanks to all of you helping us with this test).

–          NDA: Should you be selected to participate in the Technical Test, you will have to agree to a Non-Disclosure Agreement (NDA). That means that you are not allowed to talk about the game outside our special Technical Test forums, and you are not allowed to post any pictures, videos or to stream the game. We appreciate that you are excited to play the game and to share your experience with others, but given that this is a Technical Test where we know things will break, this is not the time to do so.

–          The Technical Test won’t include the entire game. Players will be limited to Citizen Tiers 1-3, and the Campaign won’t be playable.

We will send out invites to Union members a few days prior to the Test’s start, so keep an eye out to see if you are among the chosen ones. We look forward to seeing many of you in the game, and are thankful for your help in making sure Anno 1800 will be the best possible experience for all Anno fans when it ships on February 26th.

As we are seeing a lot of questions around the registration process for the Technical Test: Anyone who has registered here on the Anno Union using their Uplay-Account has a chance to be invited. You can do so here: https://www.anno-union.com/en/register/

This is also true for new registrations. So if you haven’t registered for testing yet- now would be an excellent time to do so 🙂

System Requirements for the Technical Test

We have also been asked a lot about the system requirements for the Technical Test. So here is what we recommend for participating in the test:

DISCLAIMER: THERE ARE NOT THE FINAL REQUIREMENTS! As Anno 1800 is still in the middle of development and performance optimization, you should not consider these specs to be representative of the final game. This test specifically should help us to find some areas where we can further improve the game’s performance.

We are also in the middle of game localization, which means that the Technical Test will unfortunately only be available in English. Once Anno 1800 launches next year, you will be able to lead the industrial Revolution in the following languages: