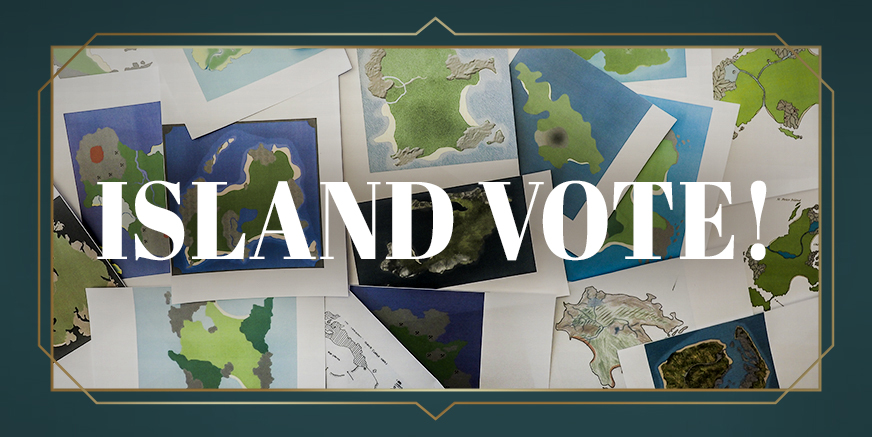 Annoholics have discussed the art of island design since the dawn of the Anno series. With our Anno Union island contest, we put your knowledge, design skills and creativity to the test to create a truly community-shaped island for Anno 1800. You impressed us with almost 100 entries to the contest, ranging from well thought gameplay concepts to the craziest playgrounds.

It was far from easy for us to make the final selection. Over the last weeks, our team went through every single entry and finally, we have a list for the five islands competing in the next Anno Union vote.

And the finalists are:

VulcanixFR
We liked VulcanixFR’s entry especially because of the well thought out mix between bigger and smaller construction spaces. With its opposing beaches, this island offers an iconic vista to build an interesting harbor installation.

MW.TRIBUN
The natural form of this island convinced our team. Hills, beaches and rivers are well placed and come together in a harmonious overall concept. The arrangement of the construction site and the fascinating landslide in the south create an interesting hotspot.

fabian_eiter
This islands got our attention because of its unique shape. The narrow parts of the island offer a great challenge for city builder and the jagged hills surrounding the bay add an adventurous element to it.

Phyllus1
The crazy idea to use the hat from the Anno 1602 cover was creative and humorous, while the nice curves and long cliffs offer a great challenge for Annoholics.

GmExpresso
We liked this isle for its simple form, providing ample space for huge cities. The high plateau in the north allows you to play around with the new uneven terrain of Anno 1800, which creates a great gameplay twist on a simple concept.

It’s now up to you, the members of the Anno Union, to decide which entry will make it into the game, as the first community created Anno island. We will further provide frequent updates about the state of the community island, including its creation up to all the final details. Keep in mind that we might need to change a few things, though we will be faithful to the general concept, feel and shape of the winning island.