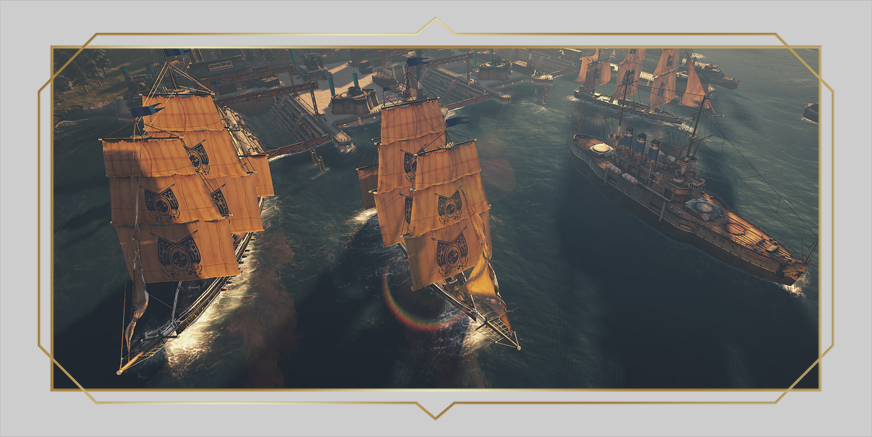 Union Update: How we make decisions

The impact of the Anno Union on our development decisions
In the past, we have often talked how cooperating with the community is an immense help for us in the development of Anno 1800. Given some of the reactions to last week’s DevBlog, we want to talk about this a bit more today.

Thanks to everyone here on the dev team at Ubisoft Blue Byte Mainz working together, we have so far been able to share close to 70 blogs, as well as streams and events with you all since we kicked off the Anno Union- which is a very rare level of information for a game so early in development. In turn, your reactions and comments to these blogs provide us with a large pool of feedback to work with. It is not uncommon for some of these suggestions to make it right onto our Development Roadmap.

Sometimes we are looking for concrete focused answers to our questions, while at other times we are seeking a large amount of more unfiltered thoughts from the community. By inviting community members to the studio, we get an additional spotlight and point of view on certain situations. Sadly, some commenters reacting to our last DevBog read this as the comments in the Anno Union being less relevant- we want to absolutely emphasize that this is not the case. We received hundreds of comments with ideas and suggestions on the topic of land-based combat, all of which we filed for reports that were presented to the team for analysis. Personal discussions and focus groups with Union members are an additional feedback loop beyond – not instead of – online comments for us. We also try to ensure that we have a good variety of player types and age groups for such discussions, to give us a good range of opinions on the topics.

We consider community feedback for all of our decisions; however, in most cases it cannot be the sole deciding factor, especially when it comes to features that based on their complexity would affect countless other aspects of the game. With the Anno Union, we are inviting players to become part of our team, and to influence certain game content and features through their feedback and votes. However, a project of this size and logistical complexity cannot be realized without some decision makers who bear the responsibility in the end. To succeed, we have to carefully balance many creative aspects with the realities of their associated production costs and timelines. The hardest decisions are of course always those where we know that they will disappoint some of our fans. Unfortunately, implementing all the feedback and especially the many all-new ideas and suggestions from the community is simply not feasible within a realistic timeframe and budget.

Was land-based combat never considered before and how are you not able to find a working design?
Since the beginning of the project, we have considered different ways to integrate land-based combat to the game as an enriching addition to the gameplay. Despite our efforts, we had to realize that fully developing this part of the game would not be possible to integrate without necessitating steep cuts to other parts of the game. The early decision to cut out land-based combat allowed us to create a more refined naval combat system and to expand on many other features of Anno 1800’s core gameplay and content.
After last fall’s announcement and the resulting feedback, our team started to work on several concepts based on our experience and expectations from our communities. Creating a working design concept is only one thing; the accompanying production effort and ressources are an entirely different beast. Even if we would technically be able to just copy the land-based combat from Anno 1701 or 1404, it would still result in a major effort to adapt the system for Anno 1800. We are not talking about balancing of the production chains and creating the underlying game logic for the combat system, we would need to spend major resources on coding, creation of assets, animating of units as well as changing all system, which are affected by the land-based combat.

Similar to the classic Anno games, naval battles will take place In the middle of your colonized game world and will offer enough complexity and tactical variety to ensure that both battles on the high seas, and around your harbors are exciting and varied. We have to ask you for a little more patience until we can give you a detailed look at how all of this will work in Anno 1800. Your many comments have already given us some very valuable feedback, and some suggestions and ideas are already being implemented into the naval battles. 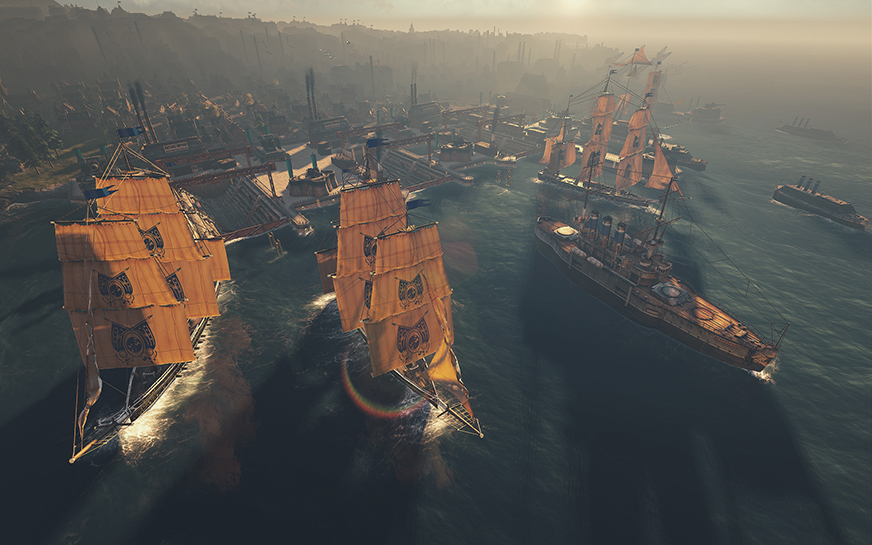