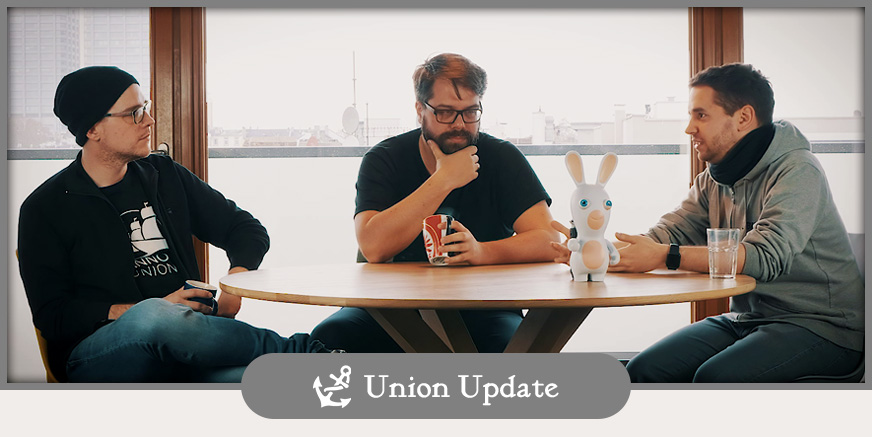 Union Talk: Looking back to the Beta

In October we had our first Union Talk, a video where we talked a bit about the development of Anno 1800. Today, we’ll have a new one ready for you, where Dirk Riegert, Marcel Hatam and Bastian Thun discuss their Closed Beta impressions. Additionally, we’ll give you a look at the things to come this week.

As usual: Let us know what you think of the Union Talk format and which topics you want to see covered.

Anno 1800 Vinyl Soundtrack
Ubisoft Blue Byte and Black Screen Records are excited to announce the official Soundtrack to Anno 1800™ on audiophile 180g double vinyl in April.
The symphonic soundtrack was composed by an experienced team around Tilman Sillescu (Dynamedion), recorded by a 70-member-ensemble of the Brandenburg State Orchestra and will come in a beautiful gatefold sleeve with original artwork by Karakter Design Studio.

Fire and Sickness – City Incidents
The promised City Incidents Blog will come this week. You’ll get to see, what can happen in your city, when you don’t pay attention. And more importantly: What to do when the fire breaks out and how to prepare for some of them.

Community Corner with Bastian
On Thursday, we invite you to our first Community Corner, a livestream with Community Developer Bastian Thun, where you can ask questions regarding the development of Anno 1800, while he tries to build a city in Anno 1800.