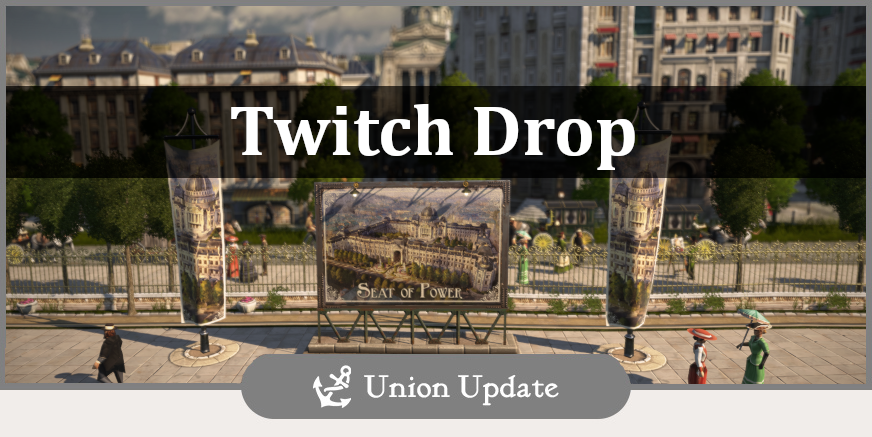 To prepare you for all architectural challenges of our upcoming Season 2 Pass DLC “Seat of Power” as well as Game Update 7, we will run another Twitch Drop Event beginning this Friday.

The whole event takes place from Friday March 20th and – to give you some time to pick your favourite streamer – will last until March 29th.

During the Event, you will be able to watch how a variety of selected Twitch Streamers construct their first palace to not only beautify their cities but also boost culture, production and more.

Anyone watching them struggle during their attempts can grab two brand new ornaments, the Seat of Power Flag and the Seat of Power Billboard. The only thing you need to do is link your Uplay to your Twitch account and watch the streamers during the event for up to 3 hours to receive your loot. You don’t have to watch these hours consecutively to receive your drop; watching them accumulated on participating streamers will also grant you the ornaments.

If you haven’t already done so in the past, to link your Ubisoft- and Twitch-account, just follow the steps outlined on this website.

You can find the full list of all participating Streamer here: