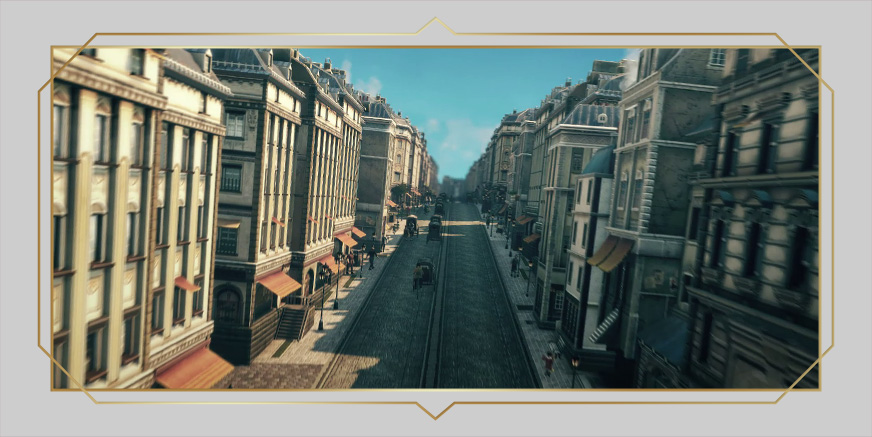 Welcome back to our regular Union Update, as the last week has been quite busy bringing Anno 1800 to the PC Gaming Show in Los Angeles. However, before we dive into the news, let us talk about upcoming Union content.

This week, we will reveal the last residential tier of Anno 1800. The 19th century was not only a time of progress; it was also the time of big business, from old aristocrats to soldier of fortune trying to build the next big company. New production chains will be challenging and exciting alike and as mentioned in our last Q&A, the last tier will unlock interesting end-game content. After that, it is time for the anniversary of one of the most influential Anno games of all times: Anno 1404. After the anniversary content, you can look forward to blogs that will tackle the technological marvels of the 19th century. On that note, we are still looking for any 1404 anecdotes from our community. If you have a special, funny or just awesome 1404 moment to share, let us know in the comments below!

Anno 1800 at PC Gaming Show 2018
Last week, Anno 1800’s Executive Producer Burkhard and Community Developer Bastian traveled to Los Angeles to present our game during the PC Gaming Show. To show the game to PC players and strategy fans out there, we revealed our new trailer, kicked off a new Anno Union vote as well as talked about the game, setting and why community feedback matters. However, the PC Gaming Show was only the beginning, as we are looking forward to see Anno Union members and Anno fans at this year’s gamescom 2018.

Save the date: Community Roundtable
The next community roundtable is happening! Meet our community developer and members of our community team to chat about anything Anno 1800 and Anno Union related. Our Annoverse Fan-Discord will host the roundtable session, in which you can join, ask us questions, discuss or just listen to the ongoing conversation.

We use Voice Chat to communicate during the roundtable, but you can also ask questions in the chat if you don’t have or want to use a microphone. We will share some further details with the next Union Update.

You are hungry for more Anno or want to get in touch with other Union members and Anno fans out there? Check out our growing Anno fan Discord community: https://discord.gg/V4xhZ8Z

Current vote and availability of the AI ships
Many of you mentioned that they would love to get their hands on every ship and we heard you. We will make sure that you can get the hands of most, if not all, of the special ships via gameplay. While you will not be able to build them in your shipyard, there will be different ways to acquire the ships when playing, if it will be from third party NPC’s or via other features. Do not worry about the variety of ships you can construct, they will cover a lot from sail to steamships and we will share some details when we highlight the while Naval system in a future Union blog.

With the current vote, we want not only to get insights which ship is your favorite (and especially why from gathering your comments), it will decide for which ship we will create a second variant designed by the Anno Union itself. Do not worry about the missing details; we will share some examples and details when the contest starts.

Next focus test has already started!
The next round of our Anno Union focus tests is currently live. We invited a new group with over a dozen Anno Union members to test Anno 1800 inside out while providing daily reports to the development team. If you did not make it into this round, do not worry, we will continue the focus test program throughout the year and will invite bigger groups of players later on.

We heard your feedback that you want more details on what and how focus tests affected the development of Anno 1800. When the current focus test round concludes, we will provide you with a more detailed update about our insights and findings from this session. As always, our “player stories” are a combination between Anno Union blog feedback, discussions in our forum and fan groups as well as detailed feedback from our focus groups.