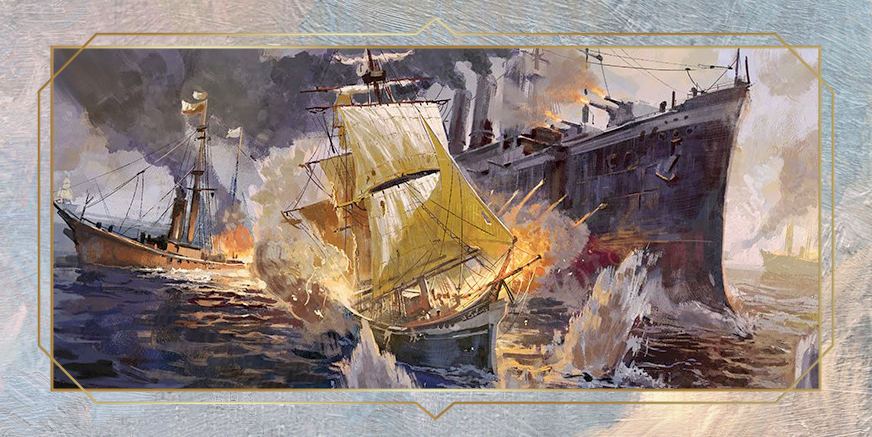 DevBlog: An update on military in Anno 1800

Today, we want to give you an update on the status of military gameplay and land-based combat in Anno 1800.

Last Fall, we kicked off the topic of military gameplay in Anno 1800 with two blogs here on the Union (The Art of War Part One and Two), where we examined the history of combat and its various incarnations in the series over the years. We also announced that we had decided to focus on a great city-building and economic experience, as well as on expanded and more in-depth naval combat, while not adding land-based combat to Anno 1800. However, as a result of the passionate community feedback to this announcement on the Anno Union, we promised that we would revisit this decision and to explore possible ways to add land-based combat.

Since then, we spent a lot of time discussing your reactions while also inviting Anno veterans from the Union to the studio to discuss the military aspects of the Anno series. Based on the extensive feedback from our communities, we worked on possible game design approaches that would allow us to add land-based combat that would meet the expectations of our fans, while not having a negative impact on the quality and scope of our other planned content and features.

Given the community feedback to Anno 2205, our main priority for 1800 is to deliver a great city-building game that offers fans all the gameplay depth and replayability that they have come to expect from the Anno brand over the past 20 years. At the same time, we also need to ensure that everything that is added to the game meets the high quality standards that we as a development team pride ourselves on. Sadly, none of the possible scenarios and game designs we have worked on over the past months would meet the quality bar we are aiming for without negatively affecting other features. At the same time, cutting back on the gameplay depth of the core economic aspects of Anno in favor of a military system that we know many of our players do not use would be a disservice to our mission to deliver a stand-out city-building game. Therefore, as a team we have decided to stick to our initial plan of focusing on improved naval combat, and will not add land-based combat to Anno 1800 for its launch.

We understand that this is not what some of you in the community were hoping for, but with the Anno Union, we are big believers in transparency and being upfront with our players, even when delivering news that we know some of you will find disappointing. We look forward to sharing much more information about all aspects of Anno 1800, including the improved naval combat and how island take-overs will work, with you all in the coming months, as we get closer to the game’s release.