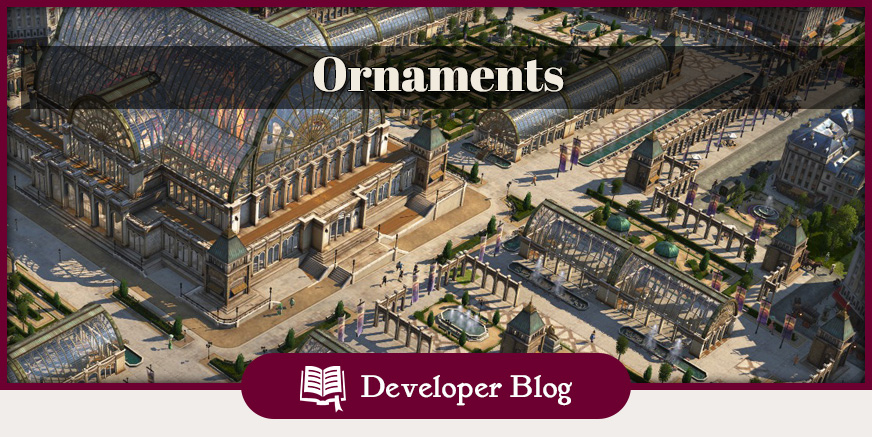 For beauty builder, Anno games are a huge model kit, which offers hundreds of puzzle pieces to build the city of their dreams. For some of them, the sandbox is even a canvas for environmental storytelling and with Anno 1800 new city attractiveness and modular cultural buildings like the zoo; we will have more content than ever to support our city-building artists.

Today, we want to give a brief look on Anno 1800’s ornaments and how they complement our new city-attractiveness feature.

Every residential tier will come with a new ornamental set. From the first sets of trees, your collection will grow with fence modules, city ornaments such as statues, benches or city stands and with the later tiers, you will be able to create impressive gardens with hedges, fountains and pavilions.
In previous blogs and streams, we demonstrated how even your non player character opponents use ornaments to give their cities a more believable and unique look or how they can be included in your zoo layout to create a truly marvelous 19th century zoological park. 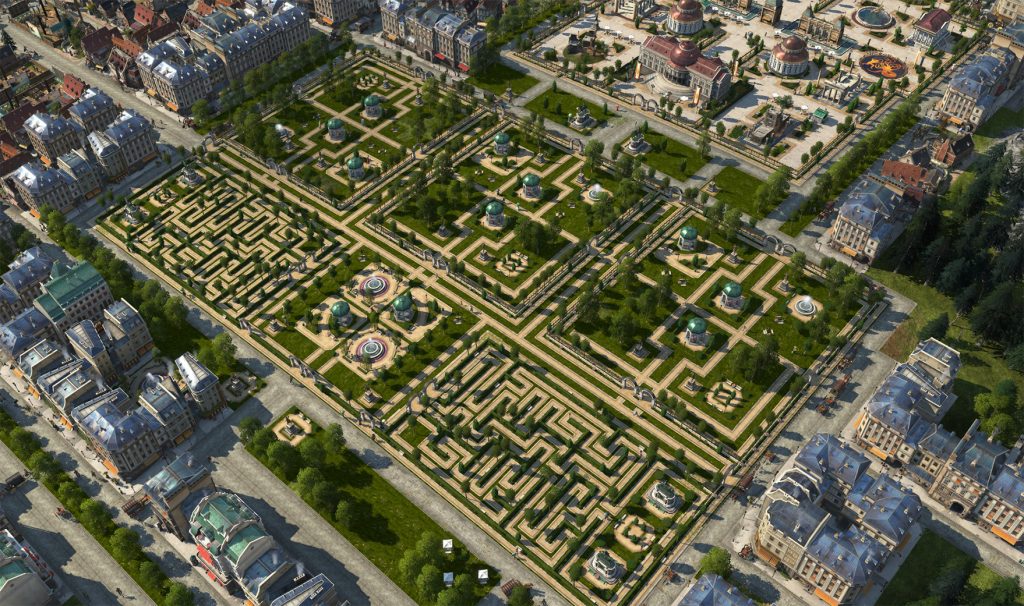 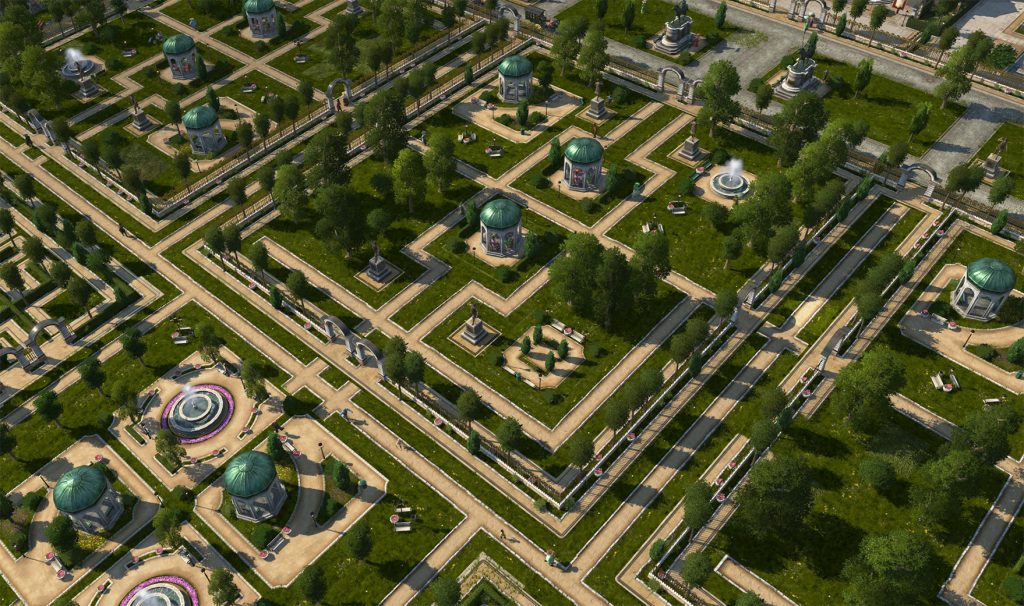 Visual Feedback in todays screenshots hasn’t been fully implemented yet, so the amount of people walking around is not final and the final game will feature a lot more.

The ornamental sets itself were designed as a modular toy box, coming in sizes from as small as 1 by 1 tile up to 3 by 3, allowing you not only to fill small areas in the back alleys of your workers district but also to create appealing park grounds. As we think that the construction costs and space is already enough of an expense, ornaments will not generate upkeep cost.
Once built, ornaments will generate a small amount of city attractiveness, which can sum up if you build large park areas, including tourist inviting vistas such as hedge labyrinth or a renaissance style garden.

Aesthetes like Gasparov or dreamers like Bente will not only comment on the beauty of your city, a higher city attractiveness rating will further have a positive impact on your reputation with certain characters in our diplomacy system. The robber baron Malching will surely not waste any breath to appreciate your ambitions as a landscape gardener. 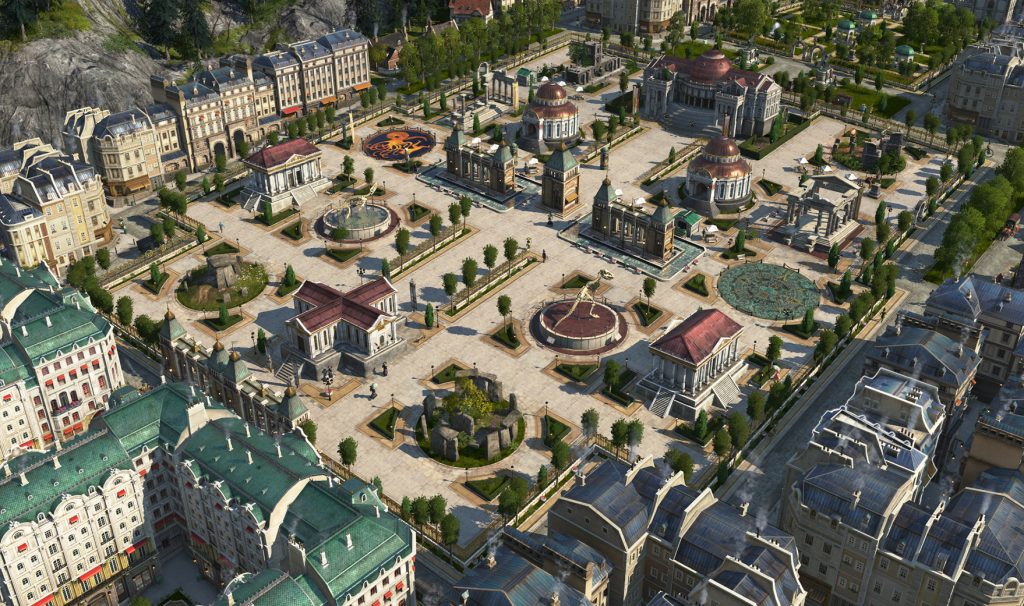 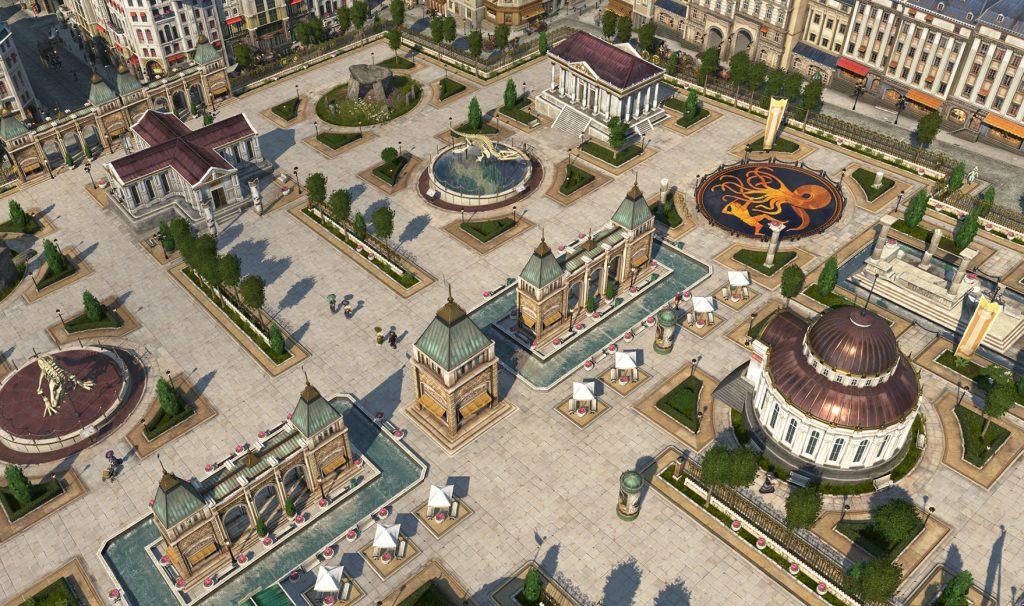 Thanks to tourists now exploring your island for getaway trips, visitors provide satisfying additional visual feedback when sprawling through your city, stopping by attractions like the museum or even taking a break in parks or other ornamental structures. With that, a large park or plaza in your city center becomes a real treat for the eye when watching visitors and residents enjoying the provided getaway areas. If you need a break from managing your expanding metropolis, just sit back and follow the tourists closely while they explore the attraction of your utopia.

Ornaments play an important role if players want to get higher attractiveness level for your metropolis, which results in higher income from tourism and a higher chance of rare specialists arriving at your tourist harbor. As the zoo or the museum are real visitor magnets, how about building some nice walkways and resting areas between the animal enclosures and exhibits? To reach the highest city attractiveness ratings, you have to make use of your cultural buildings, the world fair and your ornaments. 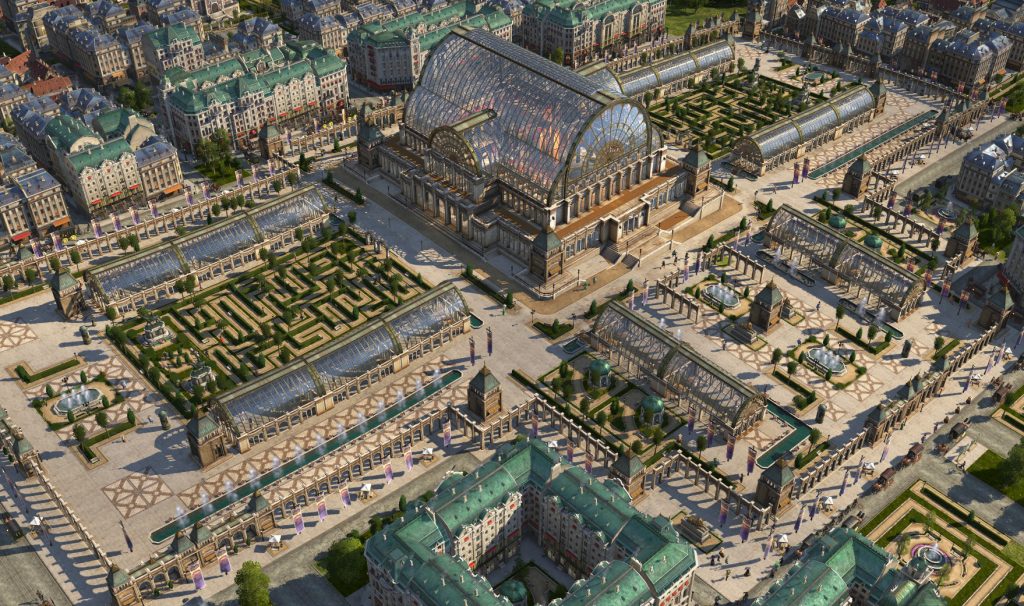 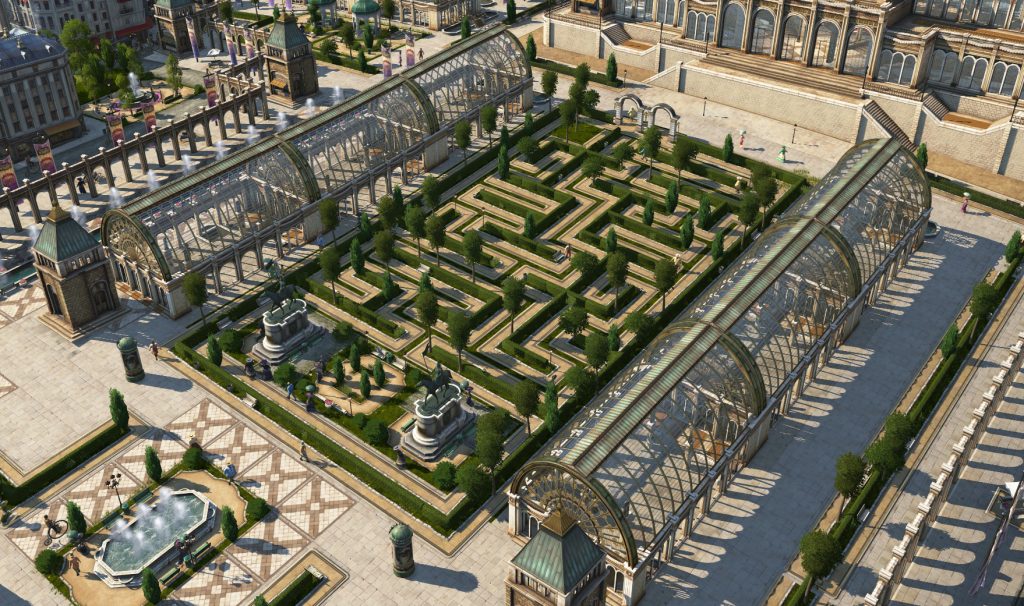 Maybe you have already plans for city layouts or want even to re-create something you did in a previous Anno title? We are looking forward to your thoughts and ideas in the comments below!