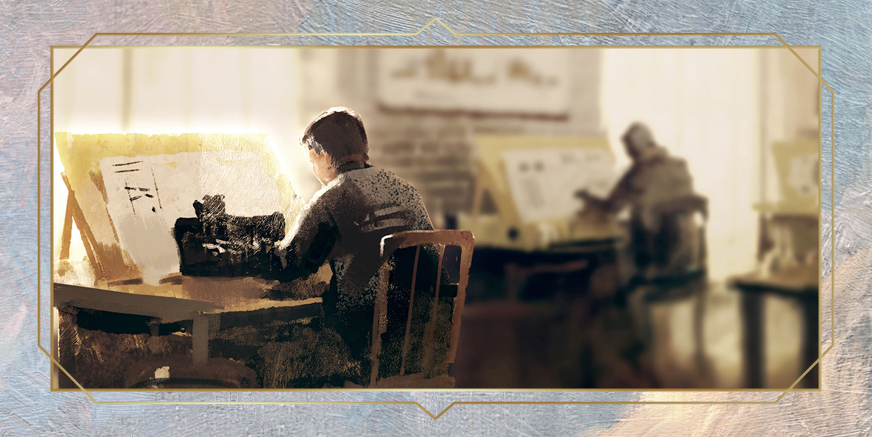 The Engineer is the original nerd. Educated and privileged, she is most content in the attic, high above the disorder of the street. This lofty cocoon, with its bubbling flasks and unstable isotopes is “quite chaotic enough!” she might be heard to say, pursing her lips, and briskly adjusting her spectacles.

She is blessed with a remarkable weapon – a willingness, a desire even, to be contradicted by her observations of nature. Previously, social and emotional factors had long-plagued accurate interpretations of reality. Proud scholars declaimed flawed theories made plausible only by cherry-picked facts, or their concealment behind fortifications of logical rhetoric (fake news – imagine that).

Thus with her impartiality and thorough method, the Engineer best represents the new century, one of singular progress. She has the dedication of Curie, the curiosity of Mary Anning, and the output of Brunel. She will not jump to conclusions about your capability as governor, but form them gradually, gathering evidence here and there, until she has a portfolio of objections to present. “I shall let the facts speak for themselves!”

If you find her list of wants and needs far less frugal than she has led you to believe, remember the greatness of her commitment and contribution. Long nights resolving equations just whizzing by!

“My zeal for breaking everything into its constituent parts has itself mutated,” she says softly, with a hint of scandal, “into an obsession.”

That sensation when all small parts finally come together, you pull the heavy lever and with the sound of pressurized steam, the steel machine starts moving. What’s wicked magic for the simple folk and the antiquated aristocrats, is relentless progress for you. You do not believe in dusty religious concepts, as the law of nature and physics are the great mystery you have sworn an oath to solve. Years of hard study during the day and countless nights tinkering on your new concepts, you never rest mastering the art of mechanics and fighting against dated ideas. The progression from workshops to factories was only the first wave leading to the modernized age, the second wave followed soon, with intellectual force and technological glory.

Designing progress
Our Engineers are the educational elite in a time, where new technology inspired millions. It gave wings to even the craziest ideas, as nouveau rich investors happily opened their pockets for anyone ambitious and bold enough. And this elite has dreams: visions of technological revolution and fame, being the one who changes the world forever. The 19th century is the time of big business, where companies know that getting ahead of the competition is all or nothing. There was a high demand for capable engineers and all of a sudden, the new intellectual class inhabited the rich inner city districts and old aristocratic money and blood ties slowly lost its century’s old relevance. 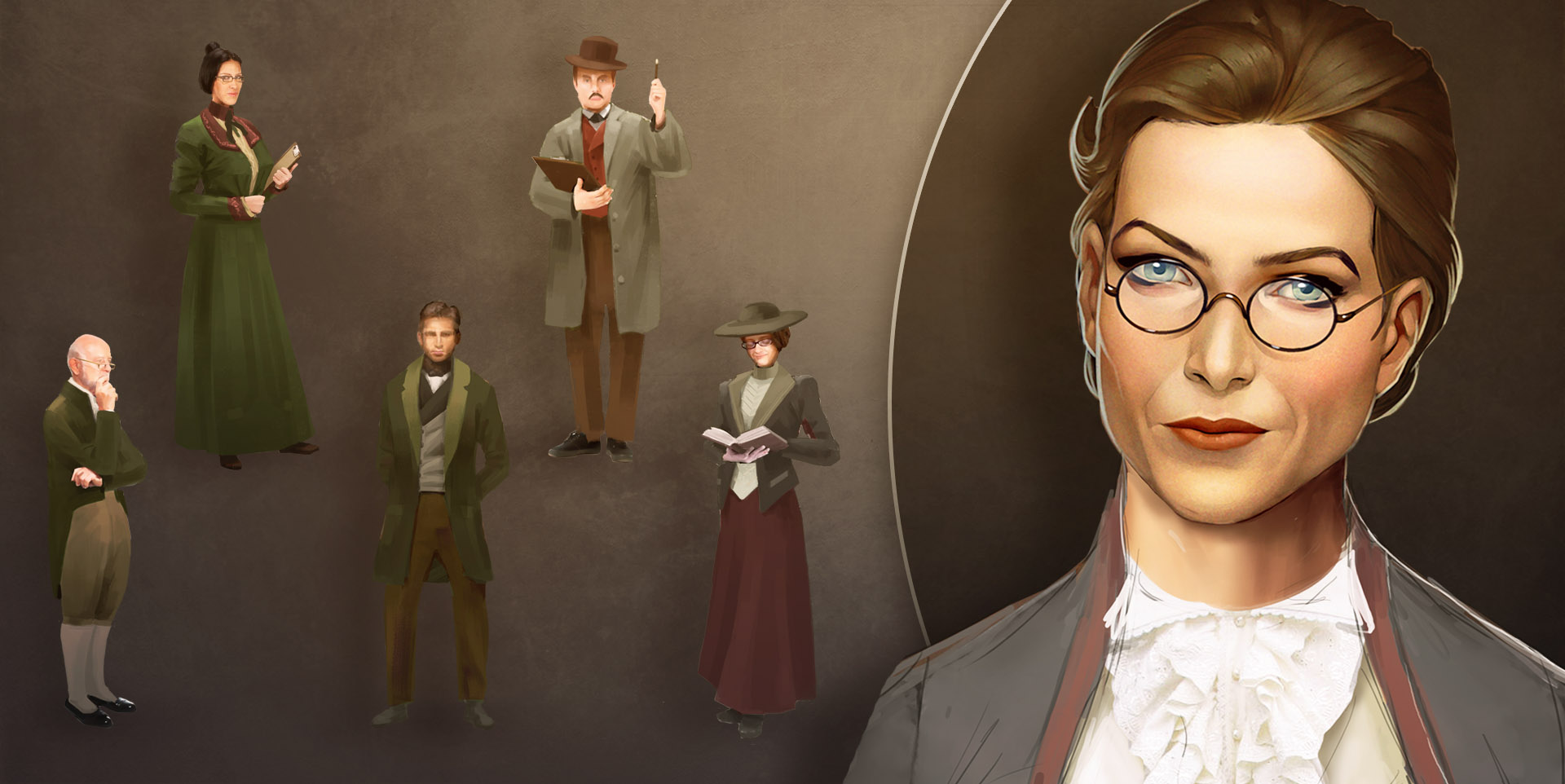 It is the design of the fourth tier where it becomes apparent that the world is inexorably moving towards the 20th century. The look of the engineers is as modern as their inventions and their sophisticated lifestyle wants to get rid of the musty concepts of old. With that in mind, we wanted that the engineers transmit that intellectual self-esteem of a class, who enjoys the wealthy fruit of their labor but never shy away from getting their hands covered in oil or falling asleep over their blueprints. The mind does not like to chain itself with antiquated ideas; their open-minded nature favored genius over discrimination and gender.

Because of that thinking, that humankind is destined for greater things, we decided that a female representation of the fourth tier would be the perfect fit for their progressive nature. While the workers rolled up the sleeves to stand up for their rights, it was the new intellectual elite, which enabled people to open their mind and strive for something bigger.

Their buildings are havens for the new elite, a sanctum for the precious spare hours after hard days in your office or nights improving the machines in your client’s factories. Some of them are even of humble origins; they make sure to enjoy their precious spare time in an apartment full of modern amenities.
The look of their residential buildings is clean, not too playful and show how much time has changed over the last decades. While the noble folks still prefer to live in their ornamental mansions in the countryside, you want to be in the heart of the city-life, close to your work, watching how your hometown slowly evolves into a metropolis. The avid collectors are not font of wasting any space – engineer housing will merge to impressive residential blocks, which will give a districts a distinctive modernized flair. 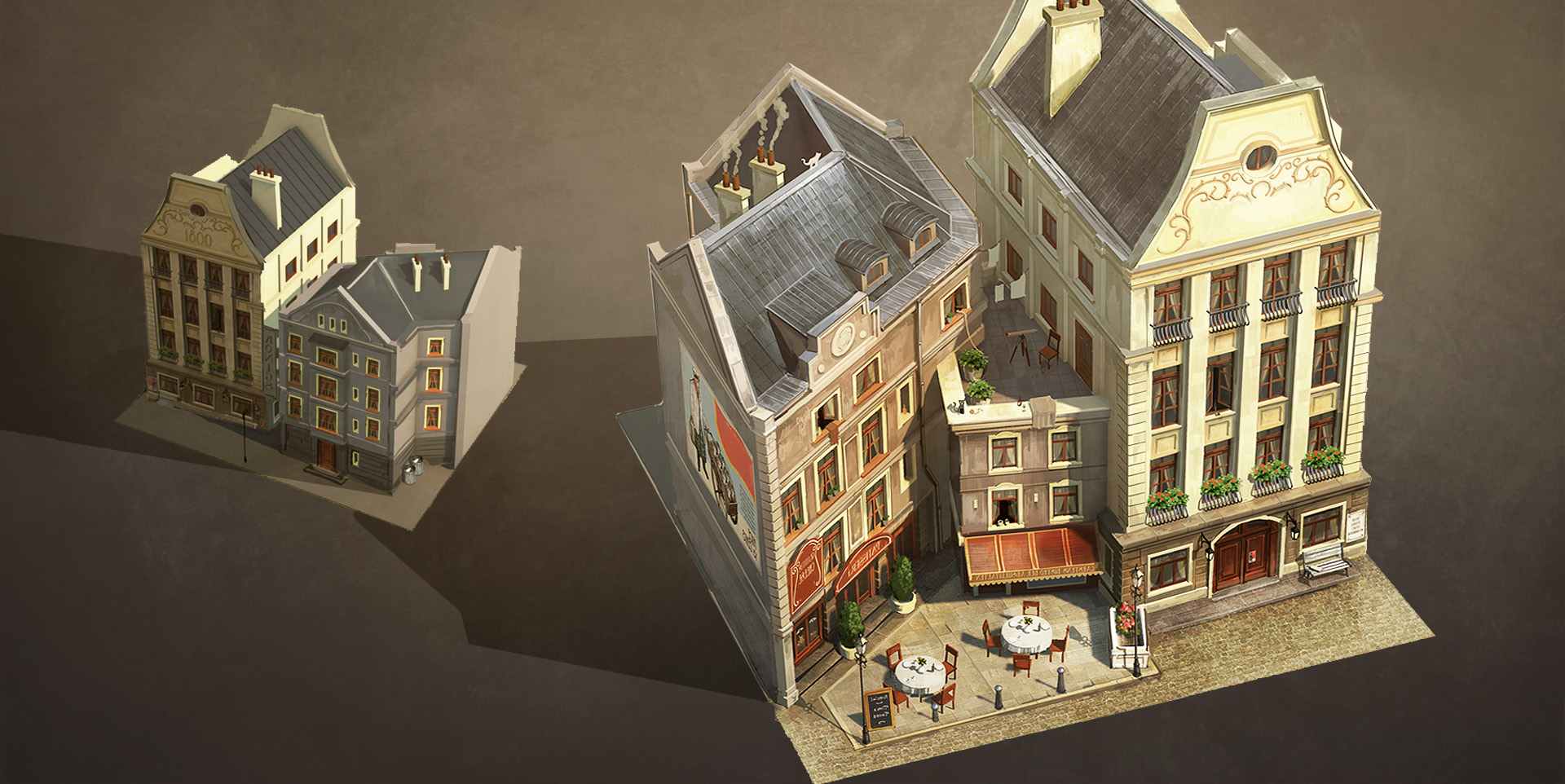 The second industrial revolution at your fingertips
Sleep is for the weak, you have to live your dream. The push into the fourth tier will be the big leap into the modern age. While technological advancements like the steel beam where apparent in earlier tiers, the second wave of the industrial revolution will offer new materials and challenge Annoholics with the complex needs of a technology affine class. They are the technology nerds of the 19th century and they like to surround themselve with fine crafts, from pocket watches up to steam-powered machinery.

Other than that, they expect all modern amenities in there accommodation, because who wants to live like in the candle lit Middle Ages?

They will not consider themselves satisfied with constructions made of brick stones and wood, the refined composite cement will allow reaching for the sky with the biggest constructions and buildings to impress residents and tourists alike. Bring that new construction material to good use when building your first steam factories and when you convinced yourself of its supreme qualities, start to put tons of them aside in your depository for ambitious future projects. 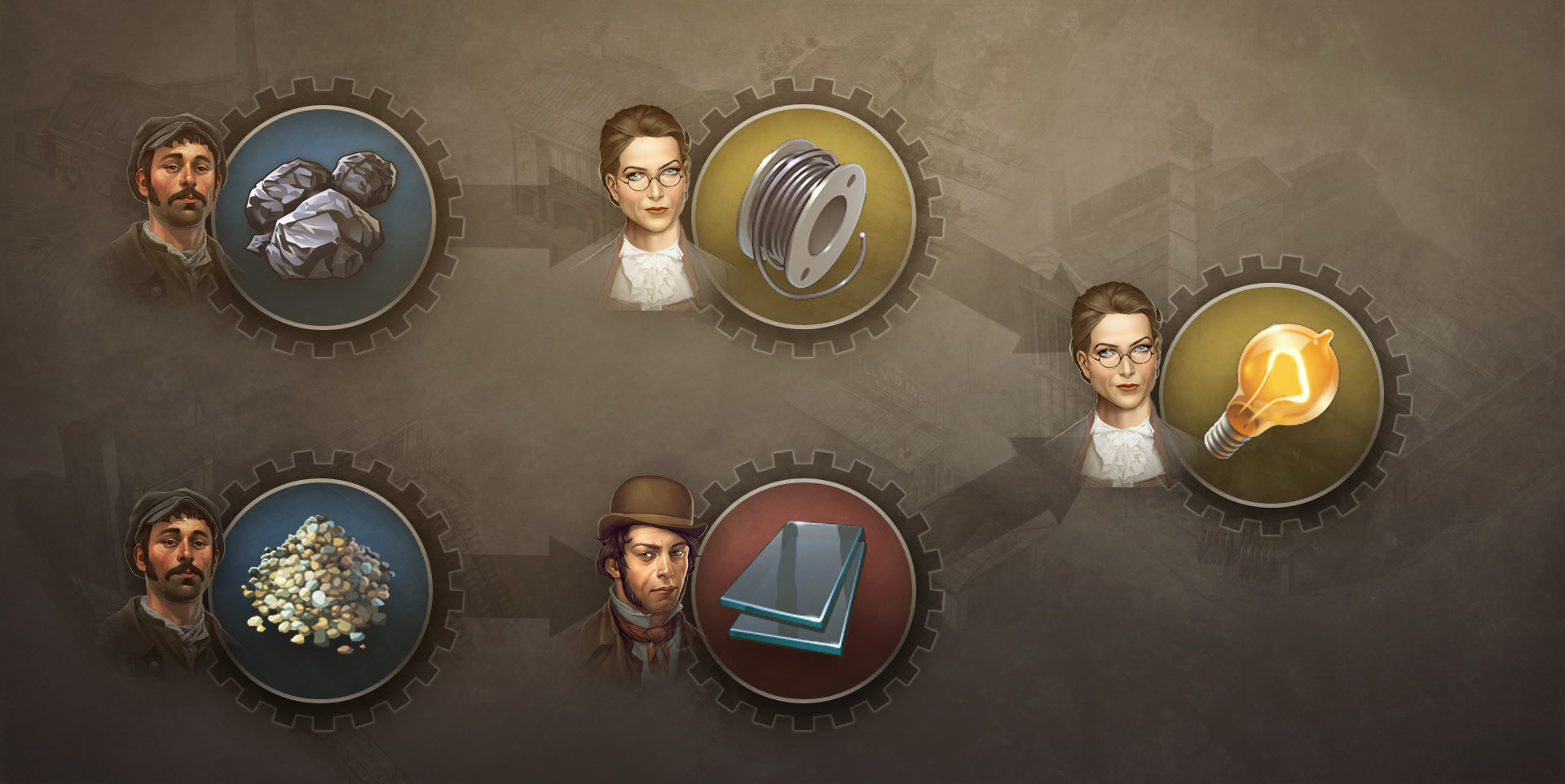 Modernized production processes bring filigree filament for light bulbs and astounding steam machines, which are not only satisfying the needs of your tech affine class as also are important goods in your just opened steam shipyard. Allow yourself a short break when enjoying a true achievement for your company:  your watch the first steam-powered ship leaving the dock!
The revolution might have paved the way for better working and living conditions but it was not all to benefit the need of the many. Old lords and new ruler saw the immediate potential to tighten the grip of their power with advanced weaponry and colossal battleships, bristling with canons and layered in inches thick steel.

The industrial revolution will have impact on your production, as steam machines and electricity allowed not only to push productivity to the limit; the second wave was the groundwork for modern automated factories. We want that you feel that progress when taking on the challenge of the industrial revolution. When reaching the fourth tier, you had enough time to learn the ropes and now it’s up to your skill to master the needs of your intellectual elite and the complex production chains. Be smart and make use of all the tools available, the competition is not sleeping in the technological race: take the lead with clever infrastructure and the use of items, workforce and modern marvels such as steam ships and electricity.

Towards the end of a century and the dawn of a new age
It was a time where wonders happened almost on a daily basis, leaving people startled but also inspired.  We want that the engineers transmit that sense of enthusiasm and passion for progress. They might be not the last tier, but their complex needs and production chains will surely put you to the test. Challenging and rewarding alike, we can’t wait to show you the fourth tier in action and when we can share details on how electricity and some other features work.

There is more to come in near future, so stay tuned on future DevBlogs.

In the meantime, what do you think about our decision and depiction of the fourth residential tier? How important is the feeling of moving towards a new century, making progress and changing society as we knew it?