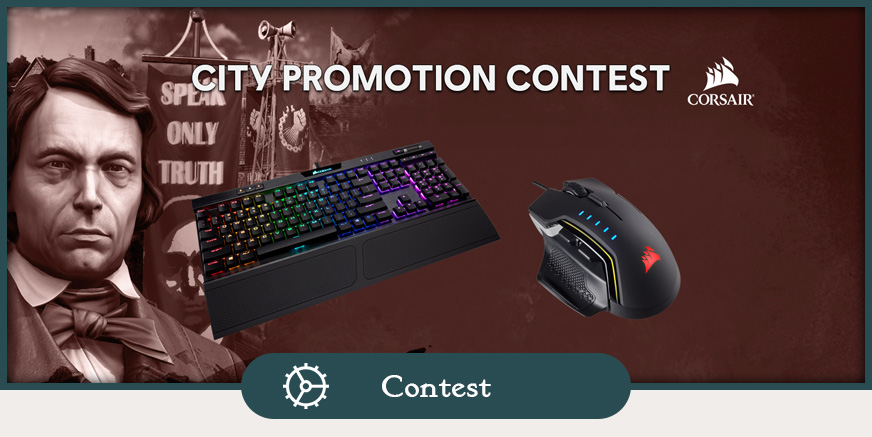 Dr. Hugo Mercier just arrived in the world of Anno 1800, bringing with him not only a lot of new content for owners of the Digital Deluxe Edition, but also the free Game Update with its more than 200 improvements to the game.

Owners of the Anno 1800 Pioneers Edition or Digital Deluxe Edition can now include the Anarchist, who comes with new content such as 50 additional quests and items as well as new propaganda and a defection system, as a second party character when creating a new sandbox game.

And if you don’t want to miss out on Mercier, owners of the Standard Edition can also upgrade to the Digital Deluxe version to get access to the DLC as well as digital items such as the soundtrack and additional company emblems.

But there is more: Just in time for Game Update 3 and the Anarchist, you can save 20% on your Uplay purchase of Anno 1800’s Standard and Digital Deluxe Edition, thanks to the Ubisoft E3 Sale! If you have been on the fence, now is the perfect time to dive into the industrial revolution!

And in celebration of Mercier’s arrival, we also invite you all to participate in our new City Promotion Contest! Together with our friends of Corsair, we ask you to create a video to promote your metropolis.

Here are the rules:
– No time limitations but it must be at least 15 seconds long.
– It should include gameplay content
– Additionally, you can use video footage of yourself, text mockups or other graphics, audio effects or anything you can think of. Get crazy!
– It must be a retro style promotion of your city, such as a nice invitation for tourists to visit your city or a full-blown propaganda piece demonstrating that your empire is the one to rule them all!
– Deadline is June 21, and you can link your submissions in the City Promotion thread in the forum or via Twitter mentioning @Anno_EN and the hashtag #Anno1800Anarchy

Yesterday, we hosted another session of our Community Corner live-stream, a streaming format where we showcase content while also answering your questions. If you missed the show, you can watch the VOD here:

And to follow up on questions from the stream, here are the answers:

Question: Do the new sea mines cause friendly fire when blowing up, causing damage to your or allied ships?
Answer: Sea mines are not causing damage to your own or allied/neutral ships. In Anno 1800, where you have a variety of neutral or allied characters and the game world is heavily used for trade by all these factions, friendly fire could cause many issues affecting the playerâ€™s enjoyment. Harbor areas would be inaccessible and players would likely soon stop using the item, as the chances of entering an unintended state of war with the AI or damaging their own ship would be too high. However, even without friendly fire, the sea mines add a lot of strategical variety to the naval combat, allowing you to expand your harbor defense or to blockade areas of the map.

Question: If I wipe Dr. Hugo Mercier from the map, will I lose access to all his items and propaganda news articles?
Answer: If you wipe the Anarchist from your map, you will not have any access to his item pool anymore nor able to use his propaganda articles. When the music is over, turn off the lights.