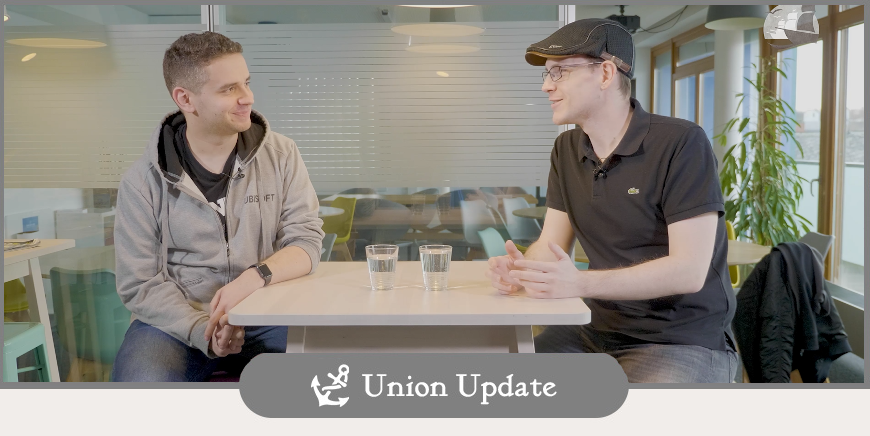 Episode 6 of our Union Talk show is here, with Community Developer Basti and Brand Manager Marcel talking about the differences and challenges of Anno 1800’s first year and what is to come. They also address the unusual quiet on the Anno Union in early 2020 and might even know a thing or two about when things will pick up again…

Watch Union Talk – Plans and Challenges.mp4 from ubisoftbluebyte on www.twitch.tv

Our Union Talks aim at providing you insights into the work of our developers and certain processes behind the scenes as well as news about the most recent developments for Anno 1800. Is there a topic you always wanted to know more about? Are you curious about a specific aspect of game development or an ingredient of the Anno series? Let us know in the comments below for future episodes of the Union Talk!

Since they were not able to save all cows from the flood last time, Ubi-Hanabi and Ubi-Thorlof return to the world of Anno 2070. With their priorities set and the heart-shaped city completed, it’s time to explore the ocean and build an underwater base. Tune in for a fun and relaxed Anno Afternoon on Friday, 28. February, at 4PM UTC over on twitch.tv/ubisoftbluebyte

We also want to use this opportunity to thank you for sending us save games of your Anno 1800 playthrough! We will showcase them in the next Anno Afternoon (March 13th) – Ubi-Hanabi is already looking forward to getting her hands on them.

And of course, feel free to also send us YOUR save game for the stream! Just send them via mail at anno-community@ubisoft.com

There’s always something going on in the world of Anno 1800, but all the activity on the roads and sea is not just visual. Listen to the latest Game Makers podcast with members of Anno 1800’s audio team and learn about how sounds adapt based on camera zoom or jumping from one end of the map to the other. Audio Director Stefan Randelshofer and Lead Audio Designer Tino Schleinitz from Ubisoft Düsseldorf talk about how they developed a brand-new environmental sound system for Anno 1800. Give it a listen!