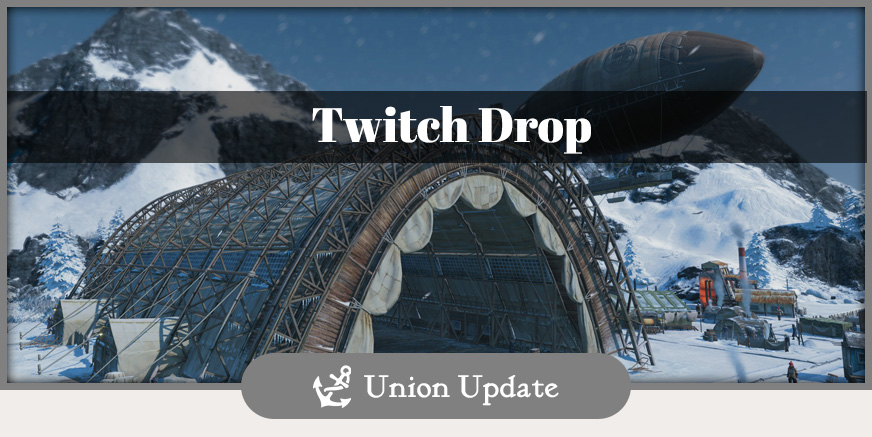 We are just one more week away from embarking on our big arctic adventure, making it the perfect time to give you some more updates on The Passage and Game Update 6, and what content you can expect for the rest of this week.

While last week’s Devblog and live streams already gave you a good overview of what to expect from the new update, we know that many of you are looking forward to seeing the full release notes for Game Update 6. You will soon be able to do so, as we will release them here on the Anno Union on Friday, December 6.

Originally, we had also planned to publish a dedicated statistics and co-op DevBlog, but after showing of many of the features in the last AnnoCast, we realized that, given the nature of the statistics feature, showing it in action is worth more than a thousand words of DevBlogs.

So, if you want to pass the time until you ca get your own hands on all the new statistics, you can relive last week’s AnnoCast live stream, where a group of developers spent almost two hours showing off a lot of the new content and features, right here.

Once again, we will send a group of brave explorers on their way into the frozen north to broadcast their adventures on Twitch. During this Event, you will be able to watch how a variety of selected Twitch Streamers try to open the Northwest Passage. Doing so can reward you with two brand new ornaments: the Anno Union flag and the Passage billboard.

The only thing you need to do is link your Uplay to your Twitch account and watch the streamers during the event for up to 3 hours to receive your loot. But wait, there is one change to the last events: you won’t have to watch consecutive hours anymore to receive your drop; watching the hours accumulated on participating streamers will grant you the ornaments.

Last but not least, our friends from the Annoverse Fan Discord made the recordings of our AMA session from November 25. available for everyone. If you missed the event or want to listen to the lengthy AMAs again, you can do so now here:
To the English Roundtable Recording
To the German Roundtable Recording

And if you like the idea to get in touch with like-minded Annoholics, even though it could mean that you loose one or more evenings in lengthy chat discussions about your favorite title of the series, consider joining the Annoverse community.