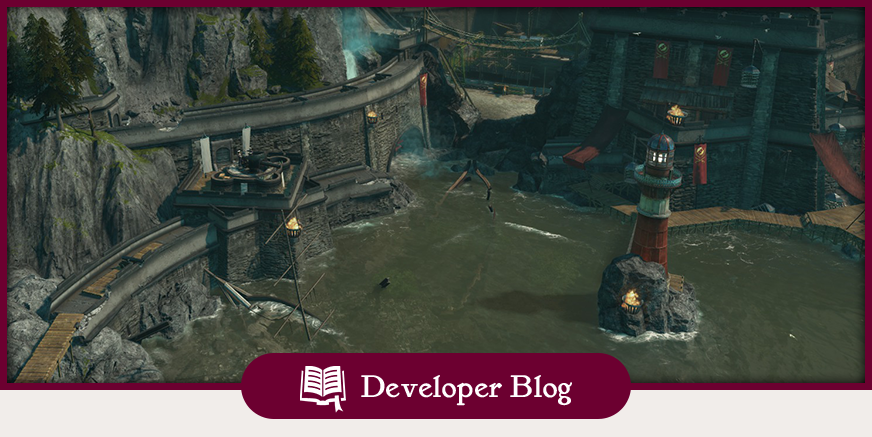 For centuries, pirates acted as privateers for aristocratic powers; henchmen that were often handsomely rewarded in blood money for their merciless deeds. But in the wake of the industrial revolution, the influence of the noble families was slowly dwindling and all of a sudden, stability was a much healthier and more sustainable motor for the modern economy than the disruption caused by constant fighting over trading routes.
The once-predators of the high sea became the hunted, and over the course of a few decades their centuries long legacy became mostly relegated to bedtime stories in romanticized novels.
The age of piracy was over, but the pirates of Anno 1800 won’t fade without a fight.

Overrun, but never outdone
Pirates have always been an important part of the Anno experience and even though the 19th century was the dawn of a new age, buccaneers will still populate your sessions to pester your and the other AI character’s trading ambitions. But more than just a serious threat for your fleets, Anno 1800’s pirates are real characters with their own flair, background and even their own ambitions.
As they are a part of our diplomacy system, they offer more game interaction than just simple combat. Even pirates have their own code of honor, but forming a fragile alliance with the outlaws won’t be easy to achieve. If you are willing to pay the price, they might allow you safe voyage through their territory, but keep in mind that they will remember how you treated them in previous encounters.

At the same time, they are cunning business people, and always have to find a new buyer for their illicit goods. If you visit their islands on good terms, they will not only offer their goods and items but are also happy to sell you some of their previously captured ships – including some real rarities you won’t be able to build in your shipyards.

Anne Harlow – The Banshee of the Old World
Young Anne’s future was paved in gold as her noble lineage guaranteed her a place among the powerful families of the Old World. But fate can be as cruel as it can be generous, even to those living in the ivory tower. Overnight Anne’s once prosperous future fell into ruin as a mad aristocrat convicted her father of treason.
And so, Anne Harlow became a fallen angel roaming the seas to seek vengeance for her family.
With the determination of an avenging banshee, she gathered a following of seasoned buccaneers, willing to follow her to the end of the world.

Anne and her fleet still haunts the waters of the old world, and while her fierce nature won’t make it easy to forge a peace agreement with her, it also makes her somewhat predictable. Once thing, however, is certain: she won’t quietly fade in history before taking bloody revenge on the nobles who ruined her family’s honor.

Jean La Fortune – The Wolf of the New World
It is one thing to fight for yourself, but another to you put your life on the line for someone else. Jean’s story is not so much a personal tragedy as a passionate dream of independence and freedom. And for that, he is willing to take on anyone and everyone to fulfill this dream. But it is not easy to life the life of an outlaw, especially if your dream puts the life of your family on the line.
When sailing under the black flag, his mind is always with his beloved wife and kids at home, well knowing that every battle could be the end for him as he takes the fight time and time again to a crumbling oppressive empire. As a man with strong convictions and principles, Jean is less aggressive than the vengeful Anne, though you may find him much harder to predict.

Where we will, we’ll roam
Are you looking forward to some good ol’ swashbuckling with pesky pirate fleets? Who were your favorite pirate antagonist in previous Anno games? We are looking forward to your Anno pirate stories and of course, your feedback on Anne and Jean who raise the black flag in a time where the old legends were slowly fading.