DevBlog: Welcome to the world fair! 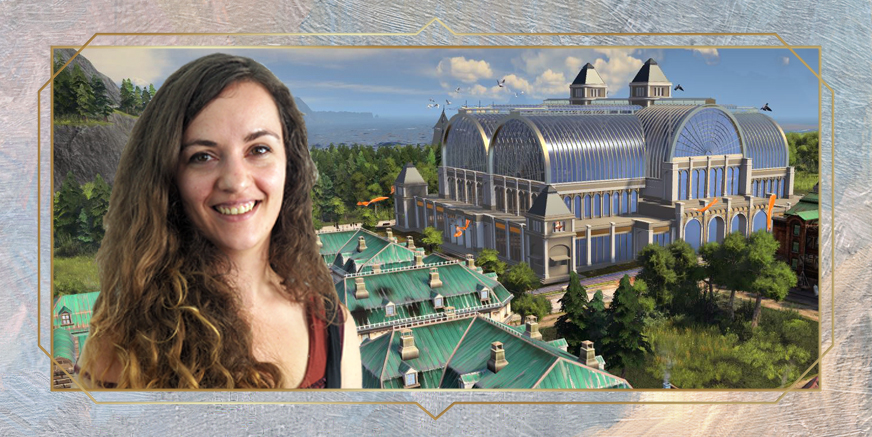 DevBlog: Welcome to the world fair!

A city can only call itself a true metropolis if it has memorable architecture, standing as a testament of time and the progress of society and technology. Monuments have been an exciting building project in Anno games for a long time now, but they are more than just impressive structures to display the beauty of your flourishing city. Today Natacha Hentzien from our Game Design Team will give you some insights into our Monument and the new Exhibition feature that comes alongside with it.

Since Anno Union started, we have been following community feedback with interest, longing to share more of Anno 1800’s new features with you. Since I often read queries regarding the monument, I am glad to have the opportunity today to explain a little about our master building and its new functionality.

When we started the conception phase, the monument was one of the traditional Anno features that we decided to bring back into the game. We wanted to keep the core of the feature: a multi-staged construction building crowning a well-developed city, with an additional, powerful effect. We did a lot of research on the 19th century: general historical research, on city landmarks, photo collages, and much else. Many ideas about what the monument should be flew around the department, but we ultimately decided on the World Fair (as seen in the header picture in a an early stage of development), for its direct correlation to the industrial era, and as an expression of the scientific and historical curiosity in the 19th century.   Building on beloved features of the previous Anno titles is as important for us as finding new ways to improve and expand the gameplay of the series. When designing the monument feature for Anno 1800, our first idea was to give the building an island wide buff effect, similar to the way they work in Anno 1404. Since it was also one of our priorities to improve features with Anno 1800, we decided instead to create a new event system, giving players the freedom of choice based on their cities current needs and preferences. We wanted to have direct player interaction rather than a passive effect on your settlement, especially since the World Fair was the perfect occasion to introduce such gameplay with exhibitions.

Gameplay
The 19th century was an era of huge technological breakthroughs and new ideas, such as steel beams, which allowed for unprecedented constructions. We want this industrious pioneering spirit reflected in the game, from the Monument’s first foundation to the finished building. That’ why a construction of the Monument will be a challenging task, requiring players to complete several construction phases and to manage complex production pipelines. Once all of the required steel beams, concrete and tons of glass are assembled, it is time to celebrate: You just opened the doors to your very own World Fair!

But the World Fair is not just an impressive building in its own right, it also represents the dawn of the modern era- an age of technology as well as of discovery and exploration. Beyond being an eye-catcher and the new pride and joy of your capital city, it also gives you access to an all-new gameplay system: exhibition events. These exhibitions are special events that are hosted in your new World Fair, and will task players with organizing a variety of themed events for their citizens.

So how does it work?
Your first step will be to decide which kind of exhibition you want to bring to your World Fair. After you picked the theme for your next exhibition, it is time to start the preparations. The preparations will take some time to finish, but you will have some options to speed that process up by investing in your event.

While the exhibition is active in your city, it is important for us that players can feel and participate in the excitement created by such a festive event. Making Anno 1800 feel like a living, breathing world is one of our core goals for the game. Who knows, maybe such an event would even draw visitors from beyond your own city? Of course, after putting in all this effort to stage the exhibition, players have earned some rewards. Once it has ended, the gracious host will be able to keep a few of the exhibited items for themselves.

Events hosted in your World Fair will grant you exotic and rare items. While there will be other ways to get items in Anno 1800 (this being a topic for another day), some of these exhibition items will be among the rarest in the game, or may even be obtainable exclusively through these events. For example, you could earn an exotic new animal for your zoo, or a new technological invention that may boost one of your factories’ productivity.

Exhibitions!
We are currently planning to have three of these exhibitions at launch, covering the major topics of the era. There will of course be the industrially themed fair, bringing the technological wonders of the industrialization to your city. The second event we are planning will be all about the wonders of the past, and the strange. One of the aspects that makes the 19th century so fascinating is that for all the scientific progress, people were still deeply fascinated by the romantic and inexplicable. This exhibition could cover topics such as dinosaurs or mysterious ancient artefacts.

And the third? Well, we have many ideas already- but we also have an Anno Union community full of creative and clever members such as yourself. Before we give you the opportunity to vote on the third exhibition in the future, we first want to give you a chance to let us know what you would like to see in the comments. What would be a cool theme for the exhibition? What kind of items could players earn through this feature? We are very curious to see if you are thinking along the same lines as our team, or maybe come up with something completely different that none of us had on their radar.

We hope to see plenty of your suggestions in the days to come!