DevBlog: All about items 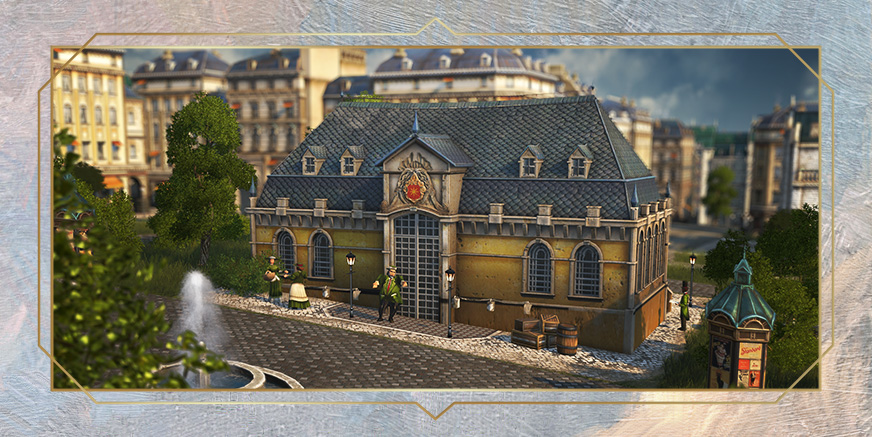 DevBlog: All about items

Introduced with Anno 1404, items have proven to be quite popular among Anno fans, so we decided to significantly expand the system for Anno 2070. It’s a feature which was missed by many Annoholics in 2205, as items did not make a return for the latest game in the series. With Anno 1800, we will not only bring this beloved feature back to the table, but thanks to added functionality it will be better than ever.

All about the items
Most Anno players develop (and tend to stick to) certain tactics after playing the game for a while; some straight forward, others way more elaborate than  simply focusing on trading or total domination of your enemies. As Anno 1800’s core gameplay gains increased complexity as you advance through the game, you can think of items as the control dials to modify your production chains, spice up your tactics with unique abilities and generally being a fun way of boosting your preferred playstyle.

Despite being seemingly straightforward, items can have a major impact on many aspects of Anno 1800. Today, our Senior Game Designer Christian will show you how they work and how items will impact your experience in the age of industrialization.

Let’s get an overview
Most gamers will be familiar with the general concept of “items”, as they are a big part of most of the popular video games out there. Usually they tend to be something player characters can use to overcome various challenges. For a strategy game like Anno 1800, that seemingly simple concept is used a bit differently. In many ways, buildings act almost like characters in Anno games, with their gameplay impact directly influencing the world around them. As you slowly build your empire, ordering the construction of more and more buildings, they directly reflect your actions and impact on the game world. 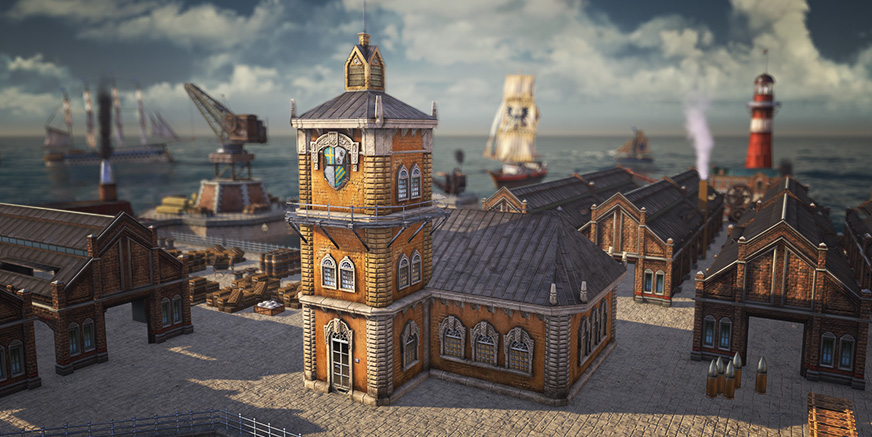 Most items in Anno 1800 modify the functionality of your buildings. Certain buildings can slot items to make use of the items’ effect in their area of influence. Currently there are three such buildings planned: The guild house impacts production, the town hall is responsible for your residents and city services and the harbor office can, among other things, grant you benefits when trading with other parties. Each building has its own influence radius and you will be able to construct more than one of each of them to affect different districts of your city. There is however a limit to how many of these you can construct, though that limit is expanded as your city grows over time.

One example of such an item could be a hard-boiled constable who will boost the effectiveness of your police force in that district. Other special buildings like the zoo will also make use of items. Here the effect works slightly different, as the zoo can be a major boost to your city attractiveness, without impacting the productivity of other buildings.

An item for any situation
We are currently planning to have a total of four different item categories in Anno 1800: cultural, specialists, consumables and machines. Each of these categories serves a different purpose, and may be tied to different gameplay systems.

Cultural items – the industrial revolution and the rise of the middle class greatly expanded the intellectual horizon of the people. Fueled by an interest in history, art and exotic places, cultural items can boost the attractiveness of your city significantly. Your newly opened zoo won’t attract many visitors without exotic animals to show off but acquiring them might be an adventure in itself…

Specialists – Gifted talents, inspiring personalities or visionary scientists. Specialists are unique visitors who might have been attracted by the attractions and marvels of your aspiring utopia. While a seasoned journeyman might simply boost the production of one of your workshops, infamous adventures are up to the challenge of capturing the rarest of animals, while a long-serving captain can turn the tide of a battle with his special abilities.

Consumables – And are there really problems that cannot be solved with some good, old-fashioned dynamite? Consumables are items with a strong influence on the game world but are limited by factors such as time or limited usage.

Machines – Your workers had heard rumors of course, but nothing could have prepared them for the astonishment of seeing an automatic loom working in your sails factory for the first time. Machines reflect technological advancements of the 19th century and how the rise of the machines paved the way for the modern industry. Naturally, they will be at the center of your attention when you want to boost your production buildings and factories.

There are a few more layers to the items system. Military items, for example, are not their own category but will fall under one of the above types, such as said seasoned captain who comes with his own special abilities or special armaments to surprise your enemy with superior weapon technology.

Rarity and gameplay value
Items will have different ratings, which determines how hard they are to acquire and also represent how effective and even unique their abilities are. While the most common items might give you a straightforward boost, rare items might come with unique effects or special abilities.

We will have five different rarity ratings in total: Common, Unusual, Rare, Remarkable and Extraordinary. While you will be able to just purchase common items from traders, the hunt for the most coveted objects and special personalities will lead you through quests and other challenging tasks. The attractiveness of your city is another way of acquiring specialists, as some special visitors might be among the tourists which decide to settle down on your marvelous island.

But being rewarded for your picturesque metropolis with exceptional personalities is only one of the new features to collect items in Anno 1800. How you can get your hands on the most exotic antiquities, animals and other rarities will be a topic for another future blog.

While there are various different ways and tasks, all of them will be solely acquired through gameplay.

Final words
Complexity is an important pillar of Anno 1800 and with that in mind, we wanted to expand the functionalities and variety of our item system. The new system gives you tools which are not only fun to play with, but we also wanted to ensure that acquiring rare items will be a fun task in itself; be it through challenging quest, as a reward for your great efforts to make your city beautiful or by other means which we haven’t even talked about yet!

With the release of the game, we will have a vast amount of different items, from the must have basics to pieces with quite a unique character. We are interested in your ideas about the new item system- what do you think is a must have or do you have some truly inspiring and creative ideas to share with us? 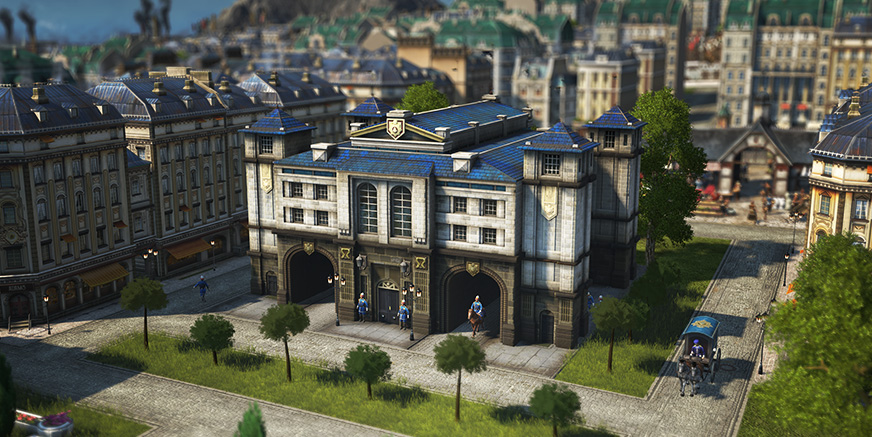