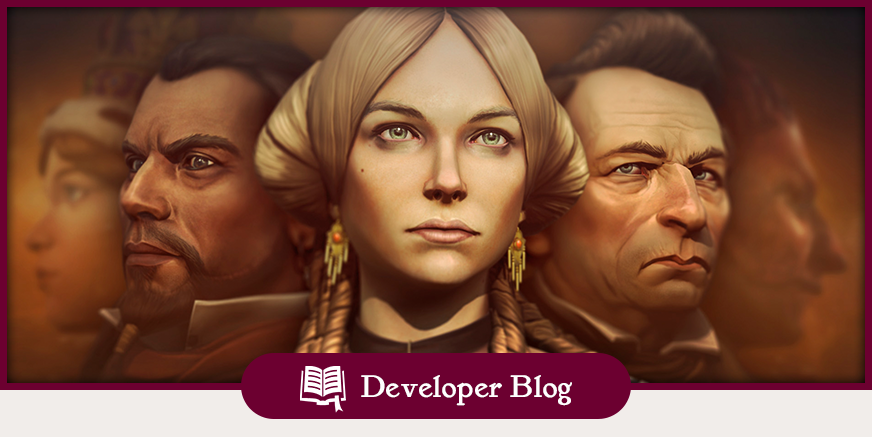 Welcome to the second half of the 19th century: fading aristocracy tries to tighten its iron grip on the population while the power of progress sparks a flame that will eventually engulf and change the entire world. It is a time of ever expanding cities, black sooted factories hungry to fuel the revolution of the machines, but also of the crumbling shackles of old ideologies. Inspired by classic tales such as the Count of Monte Cristo, here is a tragic tale of a family in ruin.  It will be up to you to clear the name of your father’s business and to bring righteous judgement to the malevolent forces responsible.

In today’s DevBlog, we will give you a glimpse at the story and content you will be able to experience in Anno 1800’s campaign. As most of you want to experience the tale of a family rising from the ashes on your own, this blog will be very light on spoilers and should be considered as more of a teaser for what is to come. We also give you some general information about how the narrative campaign is embedded into Anno 1800’s sandbox gameplay. 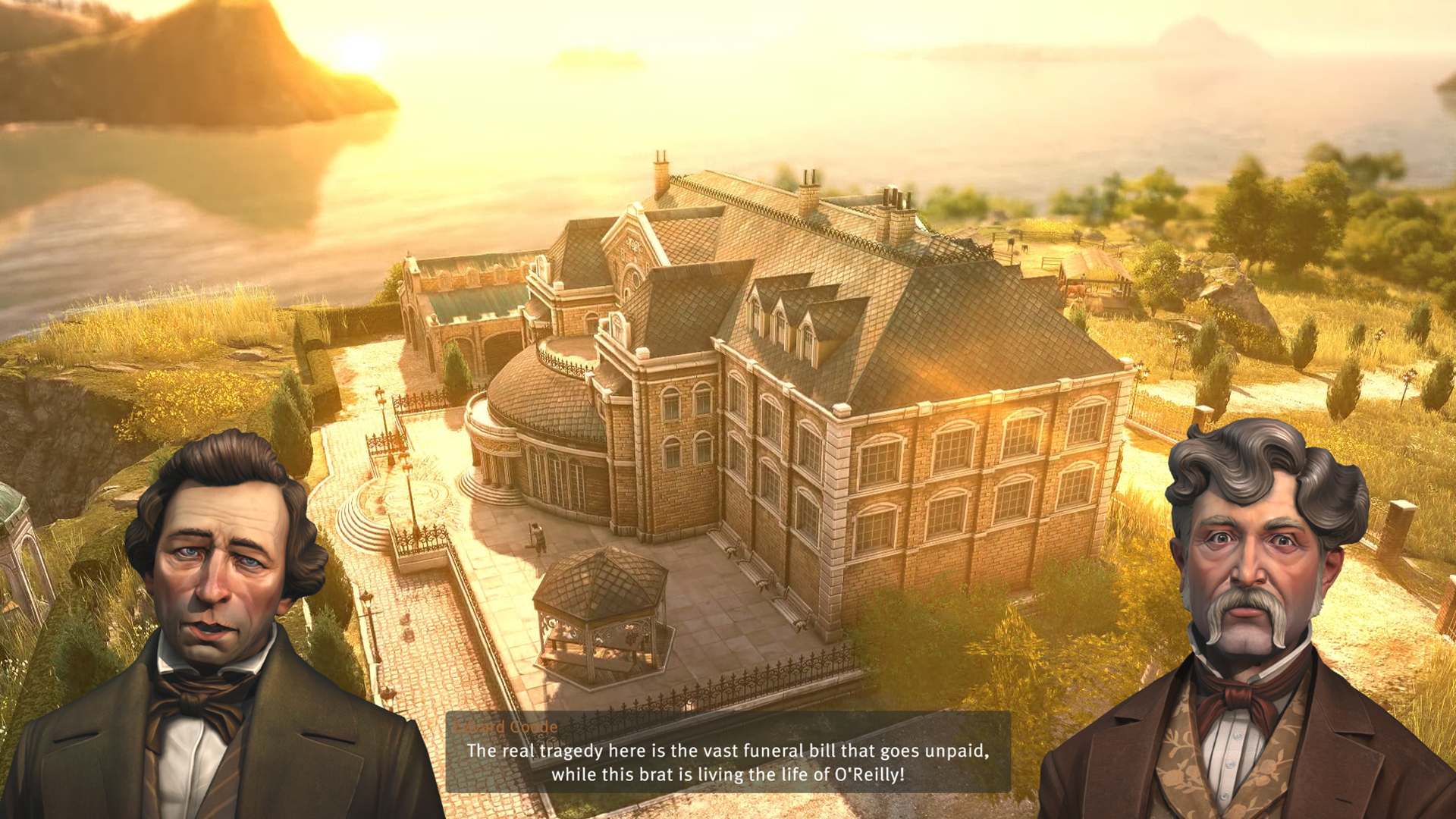 Anno 1800’s campaign- the facts, and only the facts
While the sandbox experience in Anno 1800 is a customizable playground offering hundreds of hours of gameplay, the campaign is often the first entry port of call in Anno games,  welcoming new players and old veterans alike into a new setting. Over the span of our four campaign chapters, you will not only learn the fundamentals about the core and advanced gameplay mechanics, but we will also transport you to a long bygone era of social unrest and scientific progress. And there is no need to constantly start over, as the entire campaign will unfold over one game during which you keep growing and expanding your empire. To ensure that you can keep playing in this world for as long as you want, the campaign turns into a sandbox game once you finish the final mission of chapter 4.

Many parts of the campaign are hand tailored to the story, and we created several unique locations where this dramatic tale will take place. You will however still be able to alter the full range of sandbox settings, ranging from your starting money and fertilities all the way to deciding which second-party AI characters you want to share the world with. Of course, you will also meet many new characters unique to the campaign story, like your despicable Uncle Edvard and the mysterious Acolyte (whom you may remember from a previous appearance on the Anno Union)…

Player freedom is a key goal of Anno 1800, so we want you to be able to play the game how you want, while enjoying a riveting story on top. That includes two campaign-specific expeditions, fully voiced cutscenes, unique voice lines for some of the Sandbox NPCs and more. And then there is the newspaper, acting as a family album of sorts that memorizes important milestones of your story in special issues.

So what’s the story?
In Anno 1800, you relive the story of a family in the 19th century, in a dramatic tale about tragic loss, revenge and a legacy waiting to be reclaimed.
After you are stripped of your inheritance, it is up to you to restart from the ground up with the support of your sister Hannah and your trusted companion Aarhant.

Soon enough, the open questions about your father’s death pile up. Did you malicious uncle Edvard have a hand in his demise? Or is he himself a mere puppet for a yet unseen master? This story unfolds against the backdrop of a tumultuous time, as old monarchy and new money struggle to control the industrial revolution.

Over the course of the campaigns four chapters, you will also learn more about the background stories of many of Anno 1800’s NPC characters, adding an additional layer to our 19th century lore.

But that’s a tale for a different day…

And that’s it for today! With only a week left until our Open Beta, you will soon be able to take your own first steps into the world of Anno 1800’s campaign. Until then, we are looking forward to reading about some of your favorite memories from the campaigns of previous Anno games