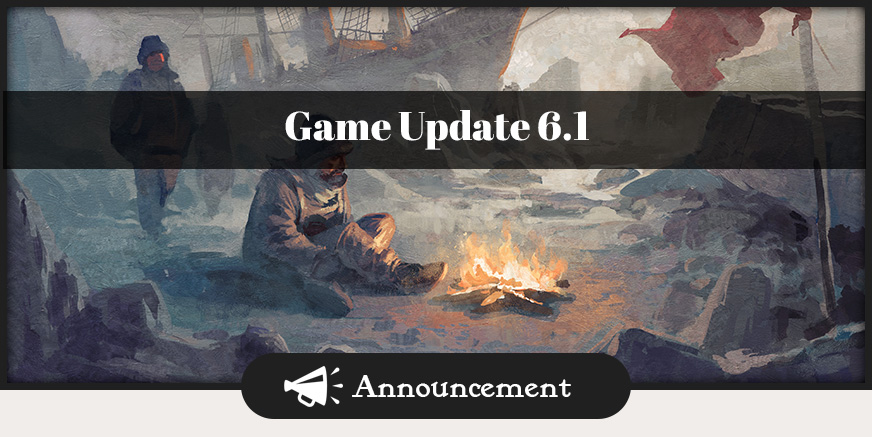 Game Update 6.1 is coming next week

We are currently working on Game Update 6.1, which will fix the issues you can see below. We will share more informaton on the releasem timing and download size once they are available, so keep an eye on this spot!

Fixed a potential crash that could occur at game start.

Fixed an issue that could cause performance drops when a lot of ships were simultaneously switching sessions, which would have especially affected larger save games.

Fixed an issue with the fog of war returning to islands after loading a save game.

Fixed an issue that could cause performance issues in co-op games specifically.

Fixed a visual issue with fire effects not being correctly aligned on the affected ships.