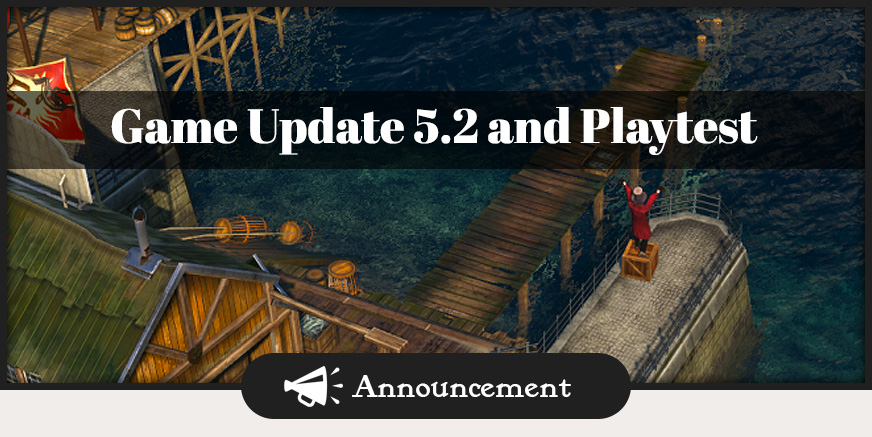 When our scouts returned from their reconnaissance mission, they handed over mysterious reports about vanishing vessels at the gate to the high seas. The rumors spread quickly around our islands and it took mere days until you could listen to old sailor’s cock and bull stories about missing crews and ghost ships in every dockland pub. We had to act as we already set things in motion to start our next big expedition.

After we received reports about gameplay affecting bugs such as the ship duplication as well as other issues still persistent after Game Update 5.1, we decided to publish another Game Update this week Thursday.

With Botanica and Game Update 5 just behind us, we look onward to the next big stop on our Anno post-launch journey. With the next free Game Update on the horizon, we want to invite members of the Anno Union to a focus playtest session starting next week Monday. This test will helps us to accumulate additional data for the upcoming Game Update 6.

With this test we are specifically looking for data and issues related to game connectivity, so while playing daily is not mandatory, we encourage testers to play as much as possible to provide is with external data for a variety of different scenarios.

The test will be under NDA (Non-Disclosure Agreement) and as we specifically test the new co-op multiplayer feature, single player will not be part of the test.

If you want to join the focus test, please send an e-mail to union-playtest@bluebyte.de, including the following data;

We will provide all further details, such as how to access the test and where to post feedback, via email to all participants until the end of the week.