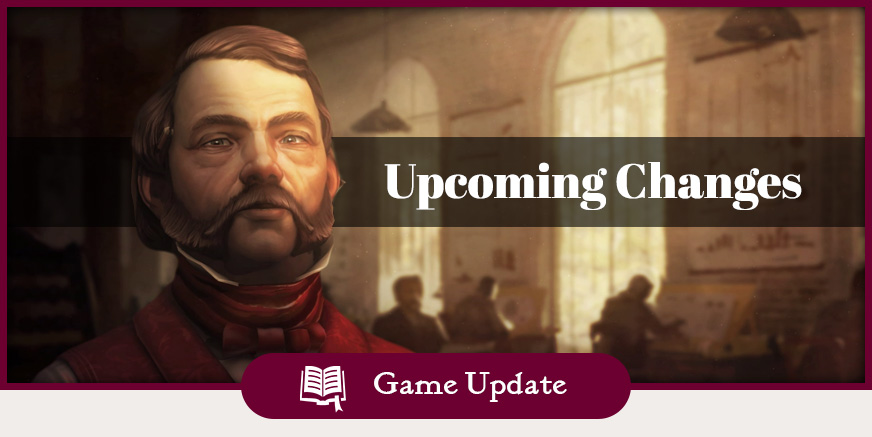 while it is still a while to go before Bright Harvest will further expand your Anno 1800 experience, we want to take this opportunity to already make you aware of two important changes that will happen at the same time as part of Game Update 8.

Changes to map generation and seeds

As some of you may know, there is an issue during map creation that can result in maps not having certain fertilities, which players would sometimes only realize after playing for some time, or when reaching the New World. This can make for a frustrating experience, so we are making some changes to the map generation to ensure that every fertility will be present in newly generated maps.

And while we are at it, we will also tackle the issue of some maps having significantly more copper than zinc mines, despite game balance dictating that you should always have both resource nodes at a 1:1 ratio. With Game Update 8, this will be changed to ensure that copper and zinc mines will spawn at a better ratio to each other, though not necessarily 1:1 (due to the huge number of variables going into map generation).

As a downside of this change, map seeds will be changing with Game Update 8, so get ready to start the hunt for the perfect seeds anew.

The second topic we want to talk about today are changes to the productivity buffs provided by newspapers. Currently, the newspaper productivity buff is calculated differently from other buffs in the game, such as items or electricity, which can be confusing to players. In addition, it can also become too powerful under certain circumstances. With the below changes, we are bringing this buff in line with others in the game, both in the way the calculations work and the potential power level.

Going forward, the productivity buff provided by the newspaper will no longer multiply the buffs provided by other effects and will instead be added to them. This unification of the way buffs are calculated also means that info tips listing all the applied productivity buffs will be easier to understand.

Here is an example to make things clearer

Keep an eye right here on the Anno Union for more news about Bright Harvest and the improvements coming with Game Update 8 (did someone say item overview?).